Is Beyoncé about to have her baby? Read on to find out why many think today is the day the pop star will give birth. 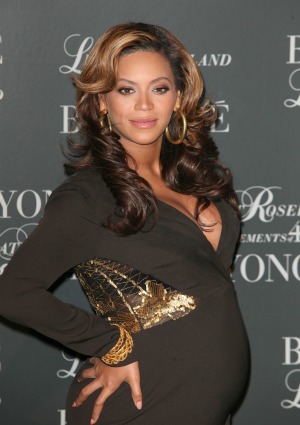 Beyoncé is about to burst! Reports say the pop star has checked into a New York City hospital and is ready to give birth at any moment.

According to MediaTakeOut.com, two nurses at St. Luke’s Hospital on the Upper West Side of Manhattan say they were told a very high profile VIP is checking in to the maternity ward today — and that VIP reserved half the floor of the hospital’s luxurious labor and delivery suite!

The amount of room the couple is said to have set aside for themselves is enough for three births at a time and can sleep a dozen people overnight.

While neither Beyoncé nor Jay-Z will confirm the news, the timing is right. Beyoncé’s due date should be right about now according to a video recorded in September, when she mentioned she was six months along already.

However, don’t hold your breath for a birth announcement. The couple did not even publicly confirm their marriage until Beyoncé referred to Jay-Z as her husband in a Grammy acceptance speech a full two years after their wedding. No photos of the big day were ever released to the press, but Beyoncé’s wedding dress fitting was included in the video for her song “I Was Here.”

In other words, don’t expect to see the couple debuting their little bundle of joy on the cover of People any time soon.

If you would like to send a baby gift, rumor has it that Beyoncé is expecting a girl. Her Destiny’s Child pal Kelly Rowland spilled the beans back in November, but again, no confirmation ever came from the Beyoncé camp.