Add Steven Tyler to the growing list of engaged celebs: Tyler made an honest woman out of his longtime girlfriend as Old Saint Nick and his fleet of reindeer made the gift-giving rounds last weekend. 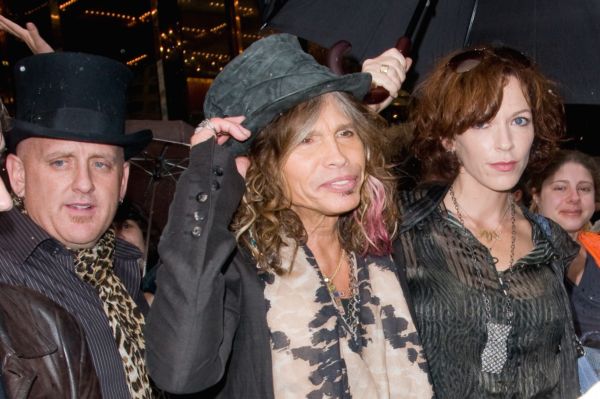 The twice-divorced American Idol pundit, 63, has been dating 38-year-old Erin Brady since 2006.

She was by his side when he tumbled off a concert stage and broke several bones in 2009. She stayed during his subsequent stint in rehab Brady even nursed Tyler through the injuries he sustained when he fell in a hotel shower just hours before a concert in Paraguay earlier this year.

The pair washed up on the shores of Maui on Christmas Day, with Erin flashing a toothy smile and a massive diamond.

But the glossy carats might as well have been a lump of coal as far as the Tyler clan is concerned.

Word on the curb has it that news of Steven’s proposal hasn’t exactly been embraced by most of the singer’s family members. TMZ tattles say Erin just isn’t a big hit with the Aerosmith frontman’s kin.

Tensions have been brewing for years, but now that Brady is this close to officially becoming family, things have gotten downright uncomfortable. Several Tylers are particularly taken aback by the fact that they had no idea about Steven’s planned proposal until after the ring was purchased and securely placed on Erin’s unpolished finger.

“She’s just not nice,” a source tells TMZ. “She’s just been mean to the family.”?