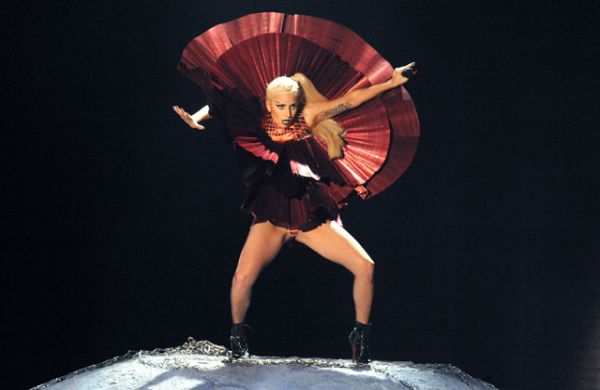 New York City Mayor Michael Bloomberg has selected Manhattan native Lady Gaga as the special guest who will help him usher in 2012. Mother Monster was handpicked to join Bloomy in putting a well-manicured finger on a button adorned in Waterford crystals and dropping the ball in front of thousands of screaming Times Square revelers, just as the clock strikes 11:59 PM on New Year’s Eve.

It’s a Big Apple tradition. Each year, the mayor chooses a guest to help drop the ball and count down the final moments of the year.

Gaga is the latest in a long line of newsmakers to nab the honor. Past choices have included Bill and Hillary Clinton, Colin Powell and Muhammad Ali.

The pop diva will also appear via satellite on a popular Japanese music competition this New Year’s Eve.

Kohaku Uta Gassen, an annual singing competition, will feature a live performance by Gaga and a recorded message from the star about the March 11 earthquake and tsunami that devastated Japan.

The natural catastrophe killed about 20,000 people on Japan’s northeast coast and sparked one of the world’s worst nuclear accidents.

Gaga visited Japan twice after the disaster. She then raised over $1 million to aid in the reconstruction of disaster-hit areas by selling charity bracelets, emblazoned with the phrase “We Pray for Japan,” through her website.

A song and message from the songstress will be recorded shortly before the show.