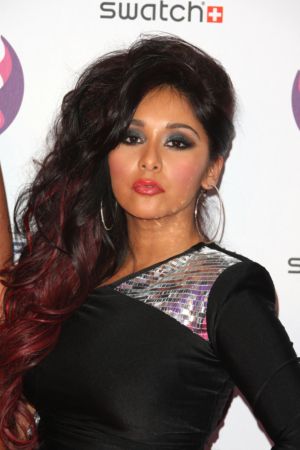 Team Snooki Boxing will make its debut in Atlantic City on Jan. 28.

Yep, we said a boxing team.

Snooks announced the new enterprise on WFAN and MSG Network’s The Boomer and Carton Show earlier this month.

The pint-sized Princess of Poughkeepsie has proven that she can take a punch to the kisser. (Remember the time she got decked in a bar fight with a sloshed gym teacher?) But we’re fairly certain no one saw Snooki moving into the world of professional fighting.

“We are incredibly excited to introduce The Hyland Brothers and Team Snooki Boxing. We’ve seen what these boys can do and expect nothing less than continued success and ‘living up to the hype’ for each of them here in the States,” Mike Pascale, Vice President of Final Round Promotions, said in a press release Tuesday.

The Hyland Trio will headline a night of boxing, being billed as “The Irish Invasion,” at Resorts Casino Hotel on Saturday, Jan. 28, 2012.

Tickets to the event are on sale now.