We were shocked when rapper Heavy D died in November. Now, the medical examiner reveals what caused his untimely death. 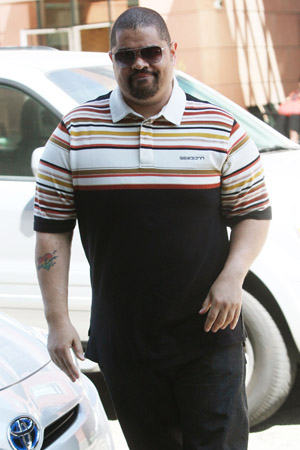 The mystery behind the sad, sudden death of rapper Heavy D is now solved: A pulmonary embolism and deep leg vein thrombosis killed the beloved emcee, according to the Los Angeles County coroner.

“Manner of death: natural,” the medical examiner wrote in the final report, listing heart disease as another medical condition that killed Heavy D.

The rapper — real name Dwight Arrington Myers — passed away on Nov. 8 shortly after a shopping trip. Many close to the New York native believed pneumonia was the cause of death.

“He said he had a touch of pneumonia, maybe from traveling. He just got back from England,” cousin Ruddy Phillips told the New York Daily News. Sadly, the flight from the UK likely created the blood clot that killed him.

Knowing what caused his death doesn’t make dealing with it any easier.

“He was a really great dad. Everybody is wondering how she’s going to take it now that he’s gone. She loves her dad so much,” Phillips added to the paper.

Celebrity friends of the self-proclaimed “overweight lover” were devastated over his death, too.

“Terrible news ‘Heavy D’ died today.. Rest In Peace homie… / He was just on SVU jokin around.. I feel sick,” Ice-T tweeted on Nov. 8. “Everyone on the SVU set devastated. Especially me and Mariska  / Everyone should stop for a second..Take a breath and realize how lucky you are to be alive. Then appreciate every second with your luv ones.”

“Man. I was just with Heavy D recently in London. Had I known it’d be the last time I’d see him, I woulda told him he was truly great. RIP…,” he wrote on Twitter.

Here’s hoping Heavy D’s family can rest easy now that they know what killed him.