Sandra Bullock says the turmoil in her personal life left her shattered and unsure if she’d ever choose to work again. Read on to see what changed her mind. 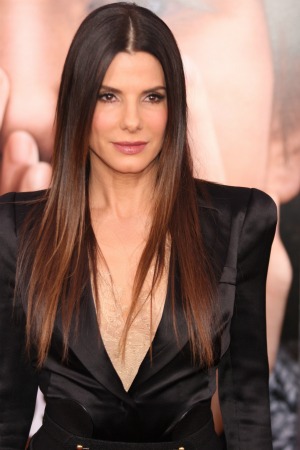 What doesn’t kill you makes you stronger — and unfortunately Sandra Bullock had to find that out the hard way. Just days after reaching the pinnacle of success in her career with her Oscar win, Bullock found out her husband Jesse James had been cheating on her with a heavily tattooed stripper. Adding insult to injury? Bullock had devoted much of her award season acceptance speeches to how much she loved her man. Even worse? The two were in the midst of adopting a child together.

It almost shattered her — and nearly brought her career to a halt — but today Sandra Bullock says she is stronger than ever thanks to a very special director offering her a very special role.

“I was perfectly content to be permanently broken,” Bullock told the Associated Press about the aftermath of her 2010 split from Jesse James.

“I honestly didn’t think I was in a place where I wanted to work or wanted to step out of where I was. I wasn’t prepared. But the opportunity was louder than my head.”

The opportunity to which she is referring is her role in the touching new film Extremely Loud and Incredibly Close, playing a 9/11 widow and mother to the precocious 11-year-old main character.

“What a great way to get back on the horse,” Bullock said. “It was hard, but it was what it’s supposed to be.”

In the movie Bullock has a husband, played by Tom Hanks, who loves her enough to give her one final gift before he dies: A phone call to let her know how much he loves her.

“The thing that made it so poignant for me was that Tom Hanks showed up that day,” she said. “He sat in a room not far from where I was and made that call every single time. Every time I pick up that phone, it was Tom Hanks on the other end of the line. My husband who is calling because he knows he’s going to die, giving me some gift, some joy, some jewel — something that he can leave me with so he knows I’m going to be OK.”

Extremely Loud and Incredibly Close is currently in limited release. The movie will hit theaters nationwide on Jan. 20.