Break out the champagne, John Legend is getting married! It’s been confirmed that the singer and his girlfriend Chrissy Teigen are officially engaged. 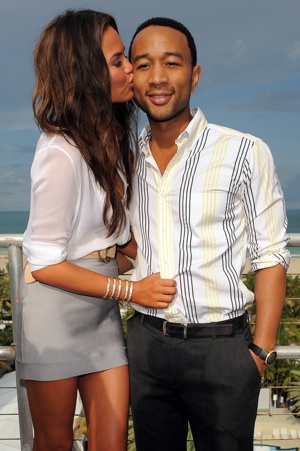 R&B crooner John Legend has something new to sing about. He’s getting hitched! Legend proposed to his longtime girlfriend Chrissy Teigen over the holiday weekend.

The singer’s rep told People, “John Legend and his girlfriend, model Chrissy Teigen, got engaged over the holidays while vacationing in the Maldives.” Legend and Teigen have been dating since 2007.

This is an eventful week for Legend who’s set to bring in the new year at the Palms Casino Resort in Las Vegas. The singer is a nine-time Grammy winner and is best known for his soulful tune “Ordinary People.”

In the past, Legend has collaborated with The Roots, John Mayer, and Alicia Keys to name a few. He’s currently working on a new album, which will be released through Kanye West‘s G.O.O.D. Music record label next year.

Ms. Teigen’s career is also nothing to sneeze at. The 26-year-old is a versatile model, who’s appeared on NBC’s Deal or No Deal, and posed for Maxim and Sports Illustrated. She’s also participated in ad campaigns for Billabong, Rock & Republic, Frederick’s of Hollywood, Alloy and even Victoria’s Secret.

Legend and Teigen are just one of several Hollywood couples tackling marriage in the new year. Actor Matthew McConaughey also popped the question to girlfriend and baby mama Camila Alves on Christmas Day. The duo began dating in 2006, after meeting in a Los Angeles bar.

Love really is in the air. If all this happened on Christmas, what’s in store for Valentine’s Day?

No further details have been released regarding either couple’s nuptials.