Are you ready for a Fresh Prince of Bel-Air reunion? If so, don’t hold your breath because Aunt Vivian is mad at her TV nephew. Janet Hubert claims there’s still bad blood brewing between her and Will Smith. 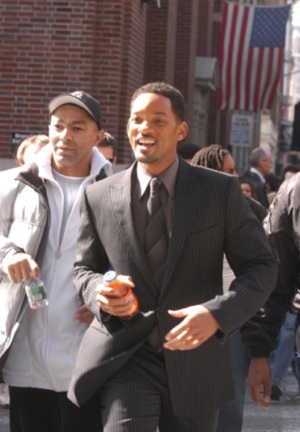 Former Fresh Prince star Janet Hubert has a bone to pick with Will Smith. The actress was missing from the cast’s latest reunion and fans want to know why.

TMZ caught up with Hubert and asked her the burning question. Will she ever break bread with her old co-stars again? She said, “There will never be a reunion… as I will never do anything with an a**hole like Will Smith.”

Hubert, who originated the role of Aunt Vivian on The Fresh Prince of Bel-Air claims, “He is still an egomaniac and has not grown up. This constant reunion thing will never ever happen in my lifetime unless there is an apology, which he doesn’t know the word.”

Apparently, the actress blames Smith for her being kicked off the show in 1993. After her exit, she was replaced by Daphne Maxwell-Reid, who played Aunt Vivian until 1996. Smith once told an Atlanta radio station that Hubert’s bad attitude was the cause of her termination, not him.

“[Hubert] said once, ‘I’ve been in the business for 10 years and this snotty-nosed punk comes along and gets a show.’ No matter what, to her I’m just the Antichrist,” said Smith. The TV actor turned movie star is just as confused as the rest of us.

Can’t we all just get along? We’d love to see a Fresh Prince reunion with Aunt Viv number one and two. None of the other cast members seem to share Hubert’s sentiment. We’ve heard nothing but positive things about their experience on the show and working with Smith. Perhaps there’s more to the story?

Smith may never join forces with Hubert, but he will reunite with Tommy Lee Jones in Men in Black III. He’ll return to the big screen in the sci-fi sequel, which opens May 25.