Robert Downey Jr. is a changed man. The guy who once swore he’d never allow a discarded pet onto his property is now deeply, madly in love with two rescue kittens. 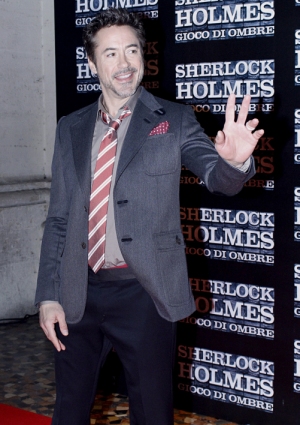 Robert Downey Jr. has had a complete change of heart when it comes to rescue animals. The actor recently got all mushy about his wife and their two new feline family members when interviewed for Men’s Fitness magazine.

Speaking of his wife Susan, due in February with their first child together, the 46-year-old said, “What can I even say about her? I’m crazy about her. Everybody’s opinion isn’t right all the time, but as far as averages go, if she wants to, she could hit to the same seat in the bleachers over and over and over again. That sort of consistency is awe-inspiring. We give each other the freedom to explore who and what we really are, which is great, because we’re always changing. I know I’ve changed a fair amount over the last decade, but she’s changed 10 times more than I have.”

The Sherlock Holmes: A Game of Shadows actor continued, “Eighteen months ago, I’m saying, ‘I don’t want any rescue pets within 100 yards of either of my residences, I’m sorry. I don’t want some, like, tripod, abused animal.’ I was adamantly opposed to the whole idea. And now I couldn’t imagine living without them.”

“I’ve become one of those people where the Missus is like, ‘They don’t want to see iPhone pictures of our kittens right now. Stop it.’ And I can’t watch those commercials [for animal cruelty prevention] anymore. They kill me.”

Congratulations to Robert Downey Jr. on the kittens’ adoption — and best wishes for baby’s safe arrival!