Maria Shriver’s devout faith in the teachings of Catholicism have prompted the journalist to reconsider her decision to divorce Governator Arnold Schwarzenegger. Last July, Maria left Arnie, after a quarter-century of marriage, when it was revealed that the actor-turned-politician had fathered a son with one of the family’s former maids during a brief affair in the late 1990s. 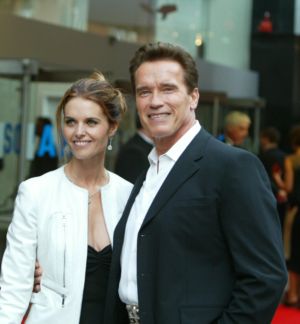 Is Maria Shriver having second thoughts about divorcing Arnold Schwarzenegger?

That’s what we heard.

Tipsters cite the Kennedy princess’ strong Catholic faith as one of the main reasons she might be reconsidering tossing the husband who cheated on her.

On Twitter, the claim that the Arnie-Maria divorce might be off spread like wildfire. A regular Tweeter herself, Shriver is staying silent about her marital plans.

In July, the Terminator actor-turned-Governator was slapped with a petition to dissolve his 25-year marriage to the former NBC News personality. Maria left Arnie, after a quarter-century of marriage, when it was revealed that the actor-turned-politician had fathered a son with one of the family’s former maids during a brief affair in the late 1990s.

Mildred Baena gave birth to a love child she named Joseph just one week after Shriver delivered her youngest son with Arnold, Christopher, in 1997.

Baena told Hello! magazine she had been working for Arnold and Maria, 56, for about 10 years when she slept with Schwarzenegger “a few times” after “one thing led to another.”

The retired housekeeper said the truth about the paternity secret spilled out when Shriver confronted her over the boy’s uncanny resemblance to Schwarzenegger shortly before Christmas 2010.

“Maria would ask if I needed to talk to her and I kept saying no. She would say things like, ‘I’m here if you need to talk.’ I sensed something was up. I have so much love and respect for Maria,” Baena revealed to the mag in a June tell-all.

“Finally, she asked point blank. Maria asked me directly if Joseph was Arnold’s son and I just broke down. I dropped to my knees and I was crying saying that yes he was and I was so sorry,” she explained.

“She was so strong. She cried with me and told me to get off my knees. We held each other and I told her it wasn’t Arnold’s fault, that it takes two. Since I was retiring soon, I said I would pack and leave right away, but she said to stay until after the holidays.”

During his union with Maria, Ahnuld was also romantically linked to Danish model Brigitte Nielsen and Gigi Goyette, a former child actor with a bit part on the ’70s small screen hit Little House on the Prairie.

The Catholic Church officially forbids divorce and Maria is torn due to both her strong religious beliefs and some “extremely sweet” gestures on the part of the two-timing ex.

A People magazine snoopster adds that the estranged couple spent Christmas Day together with their children — Katherine, 21, Christina, 20, Patrick, 18, and 14-year-old Christopher — at Arnold’s home in Brentwood, California.

“Children and family come first. Arnold and Maria will always come together when it comes to supporting and loving their children,” the source explained.

“I can confirm they’re spending more time together recently,” another insider close to the family told The New York Daily News Monday. “They spent Christmas together and the whole family went to the Lakers game last night.”

The very domestic employee who helped bring the longtime marriage to a screeching halt hopes Schwarzenegger and Shriver can manage to reconcile.

“He’s a good man and I know he’s suffering, too. He loves Maria. I hope with time they work things out,” Baena said.