So much for his shelved presidential bid! Donald Trump is no longer a Republican. Is a run for the White House on the horizon? 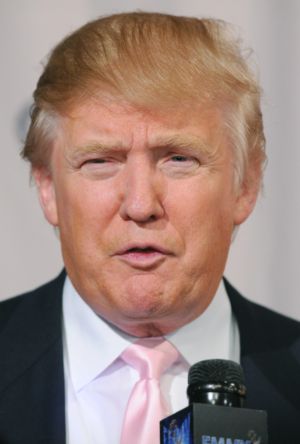 One of the nation’s most outspoken conservatives is no longer a card-carrying Republican.

Is Donald Trump eyeing a run for the White House in 2012?

The businessman and television host changed his party affiliation from Republican to independent to preserve his option to seek the presidency in 2012, a Trump spokesman said Friday.

According to his special counsel Michael Cohen, The Donald could enter the race if Republicans fail to nominate a candidate who can defeat President Barack Obama.

After months of speculation last spring, the business mogul — an outspoken Obama opponent — confirmed that he would not seek the Republican nomination for president.

That changed, however,  after all but two of the Republican presidential candidates pulled out of a Dec. 27 Newsmax/ION debate that would have been moderated by Trump.

The real estate magnate told Washington Post columnist Jonathan Capehart that the other candidates had informed him that they would only participate in the debate if he promised not to run as an independent.

“I am not willing to give up my right to run as an Independent candidate. Therefore, so that there is no conflict of interest within the Republican Party, I have decided not to be the moderator of the Newsmax debate,” he said last month.

Trump has since vowed to make his political intentions known following the season finale of NBC’s Celebrity Apprentice. The show is scheduled to air on May 20.

Would you vote for The Donald for president?