Child sexual abuse is rampant in Hollywood, say several child stars in the know. What’s being done about it? Not a whole lot. 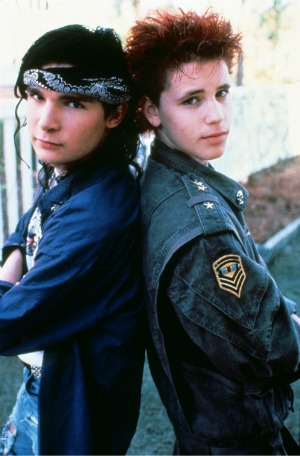 Corey Feldman revealed that he and Corey Haim were sexually abused throughout their teens by adults in Hollywood — and now other former childhood stars are speaking out and backing up his claims.

“When I watched that interview, a whole series of names and faces from my history went zooming through my head,” Paul Petersen, 66, star of the popular 1950s and ’60s sitcom The Donna Reed Show and president of A Minor Consideration, told FOXNews.com. “Some of these people, who I know very well, are still in the game.”

Alison Arngrim, who played Nellie Olson on Little House on the Prairie, agreed. “This has been going on for a very long time,” she said. “It was the gossip back in the ’80s. People said, ‘Oh yeah, the Coreys, everyone’s had them.’ People talked about it like it was not a big deal.”

“I literally heard that they were ‘passed around,'” Arngrim said. “The word was that they were given drugs and being used for sex. It was awful — these were kids, they weren’t 18 yet. There were all sorts of stories about everyone from their, quote, ‘set guardians’ on down that these two had been sexually abused and were totally being corrupted in every possible way.”

Both Haim and Feldman struggled with substance abuse issues. Feldman eventually kicked his habit but Haim died in March 2010 after years of using.

Arngrim, who is now the national spokesperson for Protect.org — a group that works to protect kids from all kinds of abuse — agreed with Feldman’s assessment that “a circle of older men” prey on industry kids.

“There’s more than one person to blame,” she said. “I’m sure that it was not just one person who sexually abused Corey Haim, and I’m sure it wasn’t only him and Corey Feldman that knew about it. I’m sure that dozens of people were aware of the situation and chose to not report it.”

Why would anyone look the other way when such a heinous crime is being committed? “If a child actor is being sexually abused by someone on the show, are the family, agents or managers — the people who are getting money out of this — going to say, ‘OK, let’s press charges’? No, because it’s going to bring the whole show to a grinding halt, and stop all the checks. So, the pressure there is not to say anything.”

“It’s almost a willing sacrifice that many parents are oblivious to — what kind of environment do they think that they’re pushing their kid into?” Petersen agreed. “The casting couch is a real thing, and sometimes just getting an appointment makes people do desperate things.”

Feldman still has not named his and Haim’s abusers. “People don’t want to talk about this because they’re afraid for their careers,” said Petersen. “From my perspective, what Corey did was pretty brave. It would be really wonderful if his allegations reached through all of the protective layers and identified the real people who are a part of a worldwide child pornography ring, because it’s huge and it respects no borders, just as it does not respect the age of the children involved.”

There have been three arrests in December alone in Hollywood sex abuse cases: Child actor manager Martin Weiss, Sesame Street composer Fernando Rivas and casting agent Jason James Murphy. Sadly, it sounds like this is just the tip of the iceberg.

If you suspect a child is being abused, contact your local police department.