Daniel Craig says all politicians are backstabbing jerks who can never be trusted — except he used much more colorful language. Read on to see his frustration with the system — and the one celeb whose opinion he respects. 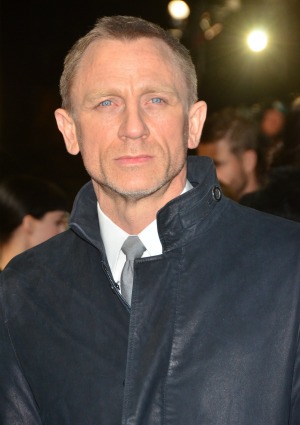 Daniel Craig is on a tear lately, and we like it! He already called the Kardashians a bunch of “f**king idiots,” and now James Bond has turned his critical eye toward a group we all love to hate: politicians.

Craig sat down with Men’s Journal and ripped politicos who cozy up to celebrities as a means of improving their image with constituents.

“Tony Blair started it much more than anybody’s ever done,” Craig told the mag. “‘Go and have tea at 10 Downing Street’… It becomes Mephisto,” he said, referring to the 1981 film where an actor curries favor with the Nazis for a role.

“Politicians are s**theads,” he said. “That’s how they become politicians, even the good ones. We’re actors, we’re artists, we’re very nice to each other. They’ll turn around and stab you in the f**king back.”

In fact, the only celeb who should be talking politics at all according to Craig is that old charmer George Clooney, who is known for his work in the Sudan and his political activism.

“George has his finger on the political pulse, and he’s one of those guys who can get up and talk, and I don’t have that,” Craig said.

“If someone shoves a microphone in your face and says, ‘Explain yourself,’ you have to have a 100 percent understanding of why you’re doing it, and unless you’re 100 percent, don’t f**king do it, leave it alone, let your work speak for itself.”

You can see Daniel Craig in The Girl with the Dragon Tattoo, currently in theaters. Read his entire interview in the January 2012 issue of Men’s Journal.