Julianna Margulies denies her son birthday presents because he already has enough stuff, she said. Is this move mean or meaningful? 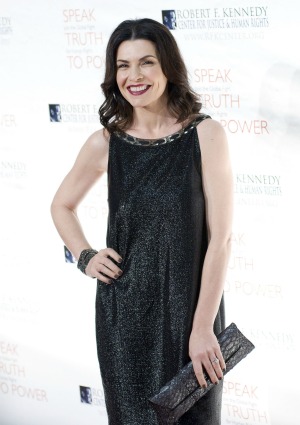 What do you give a kid that has everything? Nothing. That’s the way celebrity mom Julianna Margulies wants it, anyway.

The Good Wife star says she wants her young son to understand that his life of wealth and privilege is extremely unusual, so she makes him give a ton of his stuff away and doesn’t let anyone buy him birthday presents. Is this smart parenting or cruelty?

The first part sounds pretty logical, and a great way to introduce a child to the concept of charity.

“Whenever he grows out of his clothes we bring them to Room to Grow, which is a foundation for underprivileged children in the city,” Margulies told People. “It’s a phenomenal organization. I always show him what we’re going to bring — he grows out of everything so fast. We walk there together and he wants to see where it’s going and he chooses books to give the children. He’s living in a world I didn’t grow up in — this sort of world of privilege in a way, because of what I do for a living.”

That’s pretty great, right? But Margulies takes it perhaps one step too far when she forbids her three-year-old from receiving birthday presents from friends.

“I want to make sure he understands that’s not normal and I want him to remain grounded,” she explained. “For his birthdays we always say ‘in lieu of gifts please give to this charity’ because he doesn’t need anything. And I want him to always know that giving is always a much bigger reward than getting.”

The thought is nice, but we wonder: Won’t this make the kid resent charity instead of loving to get involved?

Tell us: Is Julianna Margulies a caring mom or a birthday bummer?