Queen Elizabeth’s national Christmas address focused on what really matters this year: Family. Read on to see her pride in her grandchildren and her take on two royal weddings.

‘Tis the season to hold family near — and that goes for the royals just as much as the rest of us. Queen Elizabeth’s annual Christmas address to Great Britain focused on family — and she is just as proud of her own as we are of ours, crown or no crown. 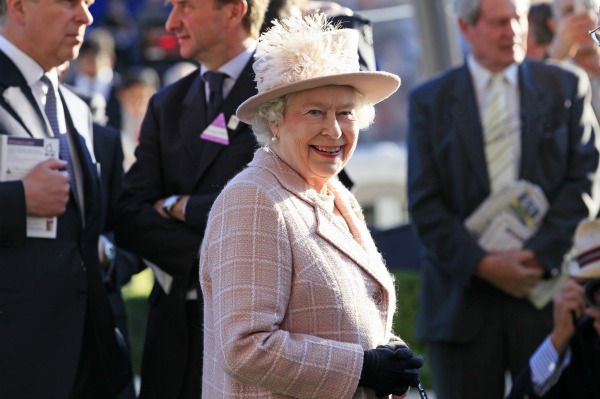 The Queen used her annual address to recognize the importance of family to all of us, and tell how her own is inspired by her nation.

Kate Middleton wows as she spends Christmas with the royals >>

“In this past year, my family and I have been inspired by the courage and hope we have seen in so many ways in Britain, in the Commonwealth and around the world,” said the Queen.

“We’ve seen that it’s in hardship that we often find strength from our families; it’s in adversity that new friendships are sometimes formed; and it’s in a crisis that communities break down barriers and bind together to help one another.”

“Families, friends and communities often find a source of courage rising up from within. Indeed, sadly, it seems that it is tragedy that often draws out the most and the best from the human spirit.”

The Queen couldn’t help broadcast her pride in her own brood, most vocally about her two grandchildren who married this year: Prince William to Kate Middleton in a lavish ceremony befitting the future monarchs, and granddaughter Zara Phillips to Mike Tindall in a much more modest affair.

“The importance of family has, of course, come home to Prince Philip and me personally this year with the marriages of two of our grandchildren, each in their own way a celebration of the God-given love that binds a family together,” said the Queen.

The British royals are having a subdued Christmas celebration at the Queen’s Sandringham estate after her longtime consort Prince Philip underwent emergency heart surgery over the weekend. The 90-year-old has not yet been released from the hospital.