Justin Bieber doesn’t mess around when it comes to presents for his friends. See what the pop star gave his bestie for Christmas! 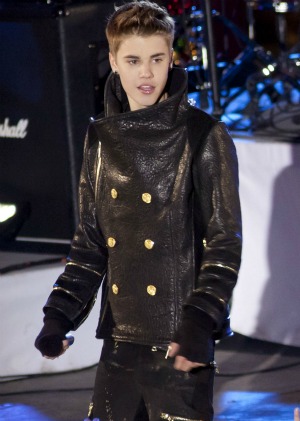 There are a lot of perks that come with being best friends with a megastar: Cool vacations, hitting the hottest clubs together, hobnobbing with all the right people. Then there are the gifts. Justin Bieber‘s longtime BFF just found out what happens when you’re loyal to those who’ve loved you since childhood.

Ryan Butler and Justin Bieber grew up together like brothers when Butler’s parents took the Biebs under their wing when he was just five years old. The Butlers and Bieber’s grandmother stepped in as surrogate parents when the singer’s young mother could no longer cope with her huge obligations. (Bieber and his mom have long since reunited and she keeps him on a pretty tight leash despite his stardom.)

So this Christmas, Bieber decided to show his almost-bro how much he means to him with a whopper of a Christmas present: A Ford Mustang convertible.

Butler shared a photo of his new wheels on Twitter, writing, “Justin got me a present. #swag!!!”

Beliebers are already familiar with Butler: He appeared in the 2009 video for “One Time,” playing video games with his pal.

The Biebs is known for his extravagant gift-giving habits. Over the summer he reportedly gave girlfriend Selena Gomez a $50,000 Chanel watch after she was hospitalized, then later rented out the entire Staples Center in Los Angeles so the pair could do dinner and a movie at center court. Bieber also handed out a couple of huge checks to charities in time for the holidays.

Justin Bieber’s Someday gets Fragrance of the Year nod