Mariah Carey says her son loves to party and her daughter is prissy. Say what? Read on to see how the mom described her twins Moroccan and Monroe. 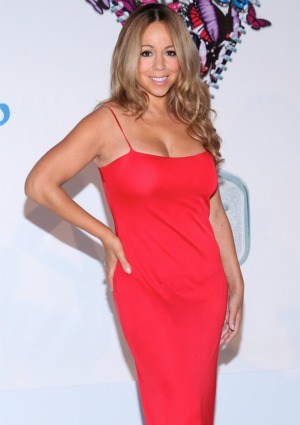 Singer Mariah Carey says that her kids already have distinct personalities. While her son Moroccan is easygoing and loves to party, her daughter Monroe just wants to be left alone.

“It’s so funny… there’s a picture of the two of us together and we look identical and we have the identical smile,” Carey said in her interview special, Mariah Carey: On The Record with Fuse, which aired last night on the music channel.

“I recognize the joy that’s in him. There’s something that was always free about me, it just got stifled as things grew in my career.”

Calling the wee boy “the life of the party,” Carey said a total stranger could walk up to little Roc and the kid would “just smile and be your best friend.”

Monroe is a different story.

In other words, talk to the hand.

Mariah Carey and Nick Cannon welcomed their twins into the world on April 30, 2010. As the new spokesperson for Jenny Craig, the soulful singer has already shed the 70 pounds of baby weight she gained during her pregnancy and looks better than ever.