It was only a matter of time before the Glee boys donned T-bird jackets and the girls joined the Pink Ladies. 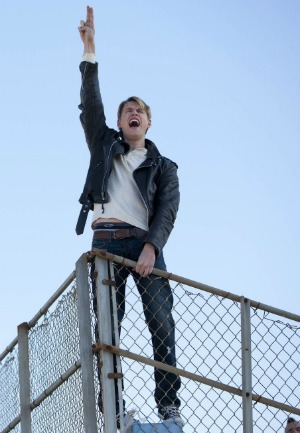 Okay, they won’t actually be wearing T-Bird jackets and the signature Pink Lady garb on the Jan. 17 winter premiere, but they will be belting out a signature song from the iconic movie and look cool while doing it.

We did have a counter in our hot little hands that was set to tally the amount of puns we could fit in à la Glee vs. Grease, but then we realized it couldn’t count that high and moved on.

Why it took Glee so long to infuse a song from the movie is beyond us.

Instead of trying to figure it out, we’re just going to show you the first photos of the big episode Fox is deeming, “Yes/No.”

We all know that Sam is on the prowl to win back Mercedes, but she’s not making it that easy for the poor kid.

She claims it was just a fling and that they had fun, but it’s over.

That sounds very familiar, doesn’t it? Perhaps it rings a bell because it mirrors Danny and Sandy from Grease.

Check out the photos… 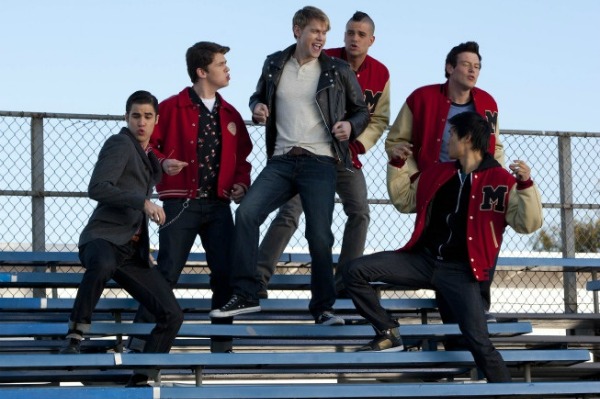 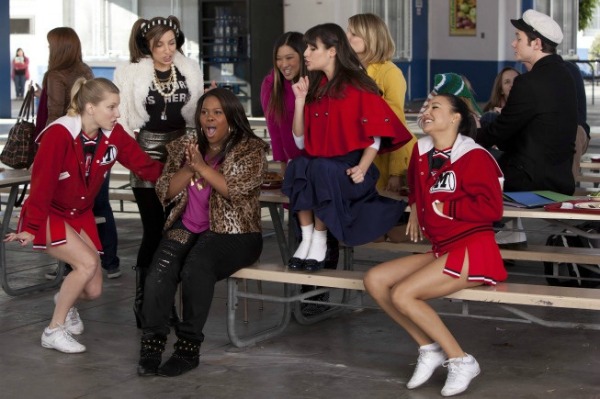 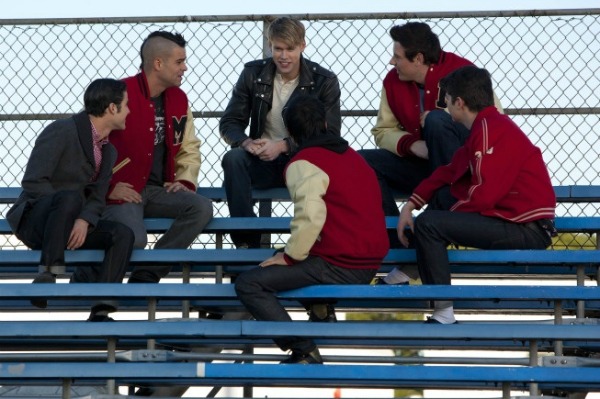 The photos are an obvious homage to the song “Summer Nights,” but instead of Danny and Sandy, the two kids are Sam and Mercedes. It couldn’t be any clearer.

We recently dished the new deets that NeNe Leakes is taking on the guest role of Roz Washington, the synchronized swim coach, in the episode.

In the same episode that Grease gets the Glee treatment and NeNe Leakes joins the cast, Helen Mirren stops by. Well, her voice does.

Helen Mirren is providing the voice for the inner dialogue of a character on the episode, “Yes/No.” Oh, who will the Oscar-winner give her voice to?

We want to hear your theories about this entire episode. Grease, NeNe Leakes and Helen Mirren? This is shaping up to be one big winter premiere for Glee.