After waiting on payment for months, American Express finally took Nelly to court over a longstanding unpaid debt. Is the 37-year-old hip-hop star, known for his #1 hits and multi-platinum albums, broke? 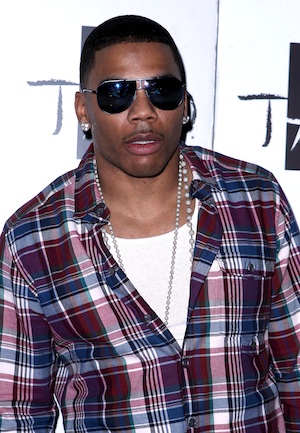 American Express filed a lawsuit against rapper Nelly, real name Cornell Iral Haynes Jr.,  in Missouri back in October 2011 after the famous St. Louis hip-hop star refused to pay a whopping $20,403.64 worth of charges he racked up on one of the company’s cards.

Since Nelly has been unable to reach an agreement with American Express regarding the debt, TMZ reports a court date is set for Jan. 9, 2011. There is no clear explanation why Nelly refuses to pay the bill.

Some rumors were floating around over the summer that Nelly actually lost all of his money. A man name Slim, who claimed to be a former manager of Nelly’s,  made some serious allegations via Twitter in May 2011.

Using the Twitter handle “STLStacks,” he spoke directly to Nelly’s Twitter account, “Nelly_Mo,” and accused the rapper of having a gambling and drug problem, outed the rapper as broke and tweeted his house was about to be lost in a bank foreclosure.

“@Nelly_Mo #FACTS u broke you spent yo whole fortune on #coke #steriods #ashanti #PILLS and #HARRASHCASINO u probably there now!”

“@Nelly_Mo #FACTS yo house is 14 dollars away from #FORECLOSURE that’s why you really the 1 movie to 2 ‘ATL’ #quitfrontin.”

Nelly denied those statements and explained Slim wasn’t a manager but a promoter who was bitter over a recent business deal.

“First, if you believe Slim was my manager then this is pointless anyway. Second, don’t nothing go into this body but fish, chicken, turkey, protein, ROZAY, Ciroc, Remy, and Budweiser. Third, I no some hoping that foreclosure statement is true but I’m sorry, epic fail! Anytime anyone in STL, wanna match deeds or pink-slips HOLLA! #Facts.”

Celebrity Net Worth calculates Nelly should be worth around $50 million. His last album, Nelly 5.0, produced the top ten single, “Just a Dream.” Nelly also stays active in music production and acting, according the site. It still remains a mystery why this relatively small sum in the world of rap superstardom remains an unpaid debt. Hopefully Nelly and American Express can work this out before resorting to an ugly legal battle, although so far that looks unlikely.