A former personal assistant to Lady Gaga wants almost $400,000 for the outrageous tasks she was asked to complete for the singer. 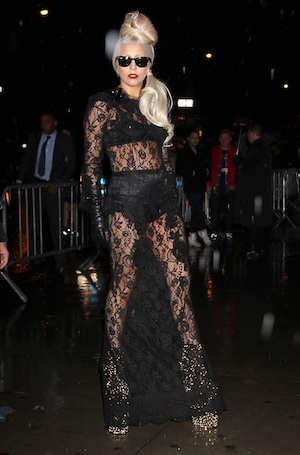 O’Neill worked for Gaga for a little over a year during her 2010 international Monster Ball tour. While the worldwide concert series grossed over $220 million, the former assistant claims she is still owed major cash for unpaid overtime. TMZ reports the assistant felt like she was Gaga’s slave given the odd work hours and ridiculous job duties.

O’Neill seeks $380,000 from Mermaid Touring Company which equates to 7,168 hours of unpaid overtime. (O’Neill earned a base salary of $75,000 annually.) While Lady Gaga is not named as a defendant in the complaint, her former assistant doesn’t hold back when describing the singer’s eccentric ways and diva demands.

In addition to lack of scheduled breaks for meals and sleep, O’Neill reveals Lady Gaga made her hand her towels immediately after every shower the pop star took and was ordered to, “act as a personal alarm clock to keep [Gaga] on schedule.” Moreover, she was required to be available around the clock and ensure “availability of chosen outfits.”

These are not the first unfavorable allegations against the singer to come from former employees. Another assistant, Angela Ciemny, states she was required to sleep and shower with Lady Gaga so Gaga didn’t have to be alone. Radar Online reported back in September 2010, “there was nothing sexual about it, Gaga just needed someone next to her…” The entire relationship was chronicled in an unauthorized biography about Lady Gaga titled, Poker Face: The Rise and Rise of Lady Gaga.

Lady Gaga’s rep responded to the lawsuit, claiming it is “completely without merit.” Lady Gaga is currently celebrating the holidays in Japan.