Kobe Bryant is seeking a reconciliation this holiday season and hopes wife Vanessa will take the divorce filings off the table. 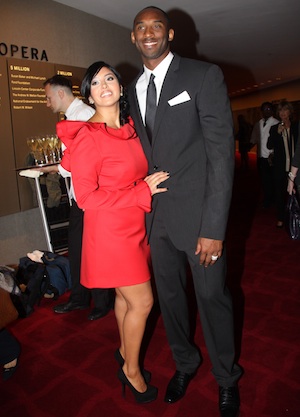 It looks like Kobe Bryant is heartbroken over the potential end of his marriage to his high school sweetheart, Vanessa. Sources close to the couple report to TMZ that Kobe is looking to reconcile this Christmas, saving his marriage and a possible $75 million payout.

TMZ states Kobe is “deeply depressed” over Vanessa’s decision to call an end to their decade-long marriage and hopes his children can help keep his family together. Bryant is worried about his two daughters, Natalia, 8, and Gianna ,5, and how the split will affect them emotionally.

The LA Times reports that should Vanessa keep divorce proceedings ongoing, she could be officially single sometime in 2012. In addition, the media will likely have to speculate about the divorce details since all court filings are private beyond the final Judgment of Dissolution of Marriage — which outlines the terms of the divorce.

Vanessa and Kobe Bryant: Behind the split >>

Reasons for the divorce stem from Kobe’s alleged infidelities. The National Enquirer reports Bryant slept with over 100 women during his marriage to Vanessa, and while much more credible sources don’t cite specific numbers, it does seem Kobe was unfaithful on more than one occasion.

Britain’s Daily Mail reports Vanessa isn’t exactly a saint, either. First, there were rumors she was having an affair with boxer Victor Ortiz. TMZ put that claim to rest when they talked to Ortiz over the weekend who said, “it’s just a cool rumor.” Maybe Vanessa isn’t a cheater, but The Daily Mail does cite a source who says Vanessa is “extremely arrogant and very, very hard to get a long with.”

Who knows what really goes down between these two, but we bet it’s tough to get a marriage together given the NBA lifestyle.

Do you think Vanessa will reconcile with Kobe this Christmas?