Has Justin Timberlake proposed to Jessica Biel in a last-ditch effort to win the actress back for good?

They’re on the dreaded celeb splits list for 2011, but Justin Timberlake and Jessica Biel could be the next twosome featured on the 2012 weddings list. Word is Trousersnake — as the singer is known to our neighbors across the pond — has popped the question to his actress ex. 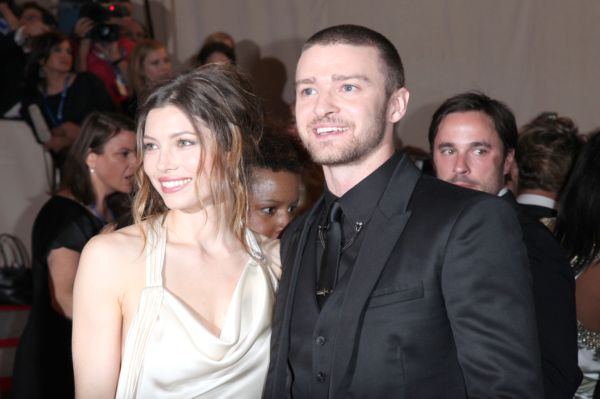 Better break out those hankies, girls. J.T. is rumored to have dropped down on one knee and taken the ultimate plunge as he vacationed with Jessica at the five-star Amangani Resort in Wyoming last week.

Starstruck locals at an art gallery in the nearby town of Jackson kick-started the rumor mill by tweeting this little tidbit, “Word on the street is that Justin Timberlake proposed to Jessica Biel at the Amangani last night.”

The engagement rumor marks a sensational turnaround in the fortunes of the couple, who called time on their four-year relationship in March. Things fell apart after the 30-year-old singer-actor was repeatedly spotted getting a little too close for comfort to Friends With Benefits actress Mila Kunis.

The co-stars strenuously denied there was any hanky-panky going on.

Timberlake was also romantically linked to fanboy phenomenon Olivia Munn and actress Olivia Wilde during his union with Biel.

After her split from Justin, Jessica was rumored to be dating actor Gerard Butler. She publicly maintained, however, that she was in no hurry to settle down with anyone.

“I don’t feel pressured. I was never one of those girls who dreamed of my wedding and my Prince Charming,” the 29-year-old said earlier this year.

The seed was planted for the next chapter in the love affair between J.T. and J.B. as the exes were repeatedly spotted together in recent months.

Timberlake even admitted he was still pining for Biel.

“She is the single-handedly most significant person in my life,” he said in an interview with Vanity Fair magazine published shortly after the breakup. “In my 30 years, she is the most special person, okay?”

Insiders believe wedding bells could be part of a reunion deal.

“Justin promised Jessica that within six months, he’ll give her an engagement ring with the stipulation that they take at least another six months to a year to actually tie the knot.”

News of the alleged engagement comes hot on the heels of reports that Jessica is eager to start a family with Justin.

“Barring a last-minute disaster, they’ll announce their engagement soon. She’s changed her diet and exercise routine so she can get pregnant as soon as possible,” a Jessica insider, who asked not to be identified, told Now! magazine earlier this month.

Camps for both stars are staying silent on the gossip. Their publicists have refused to refute the engagement chatter.