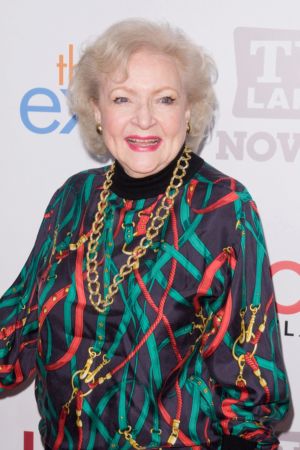 America’s sweetheart will deliver the laughs as part of the most anticipated sporting event of the week. The last Golden Girl standing has been tapped to open ESPN’s special holiday edition of Monday Night Football (MNF) — a face-off between the Atlanta Falcons and the New Orleans Saints.

The network says it was looking for a grandmother type for the MNF season finale and everyone’s favorite octogenarian (Sorry, Hugh Hefner) was the perfect choice.

Betty’s appearance on this week’s show will be the star’s first since the weekly sports special debuted in 1970.

White’s no stranger to the wonderful world of the NFL, however. It was her memorable Snickers commercial, which aired during the Saints’ 2009 Super Bowl victory, that prompted Betty’s later-in-life career resurgence.

Don’t get too excited, she won’t be belting out the words to “Are You Ready for Some Football?” The opening segment of Monday night’s game is appropriately titled “A White Christmas.”

What’s up next for America’s grandma? The star of TV Land’s Hot in Cleveland will be all over NBC on Jan. 16, thanks to a 90-minute television special.

The show will be followed by a preview of Betty White’s Off Their Rockers, a hidden camera series featuring senior citizens.