Lindsay Lohan’s estranged dad Michael says he’s comfortable with the troubled starlet’s decision to strip down for Playboy. Just don’t ask him to look at the pictorial! 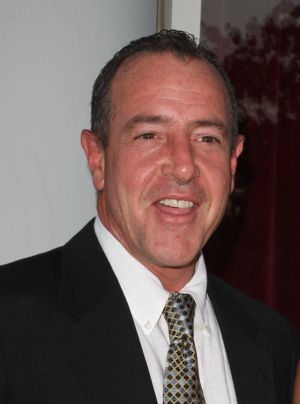 The man responsible for gifting the American legal system with repeat offender Lindsay Lohan thinks stripping naked for Playboy magazine is the best career move the actress has made since her star-making turn in the 2004 comedy Mean Girls.

Michael Lohan — convicted batterer and self-professed born-again Christian — insists he has no problem with his famous daughter’s decision to bare all in the pages of Hugh Hefner’s famous made-for-men’s mag.

In an episode of Dr. Drew Pinsky’s daytime series Lifechangers, which will air on Dec. 28, LiLo’s estranged dad said, “It’s a move in a direction where she’s working. If she’s happy with it, I’m happy with it.”

Although he is comfortable with her X-rated shoot, Michael admits he hasn’t seen it — and he doesn’t want to.

“I haven’t seen it and I never look at it, any of it. There she is. Do I have to close my eyes?” Mike replied as Dr. Drew pointed out an image of the magazine cover.

Michael Lohan hauled back to jail in record time >>

“I heard it’s classy [the Playboy shoot]. She did some movies that were a little risque at times and I couldn’t even go to the movies and watch it. I wanted to, but I couldn’t,” he added.

Though Lindsay’s made no secret of the fact that she wants nothing to do with her estranged father, the elder Lohan insists his relationship with the out-of-work starlet is “getting a lot better.”

Meanwhile, Lindsay’s Playboy appearance has been selling out in shops across the country. And it appears the ex-teen star is good for ad sales as well.

The queen of ad-driven nudity is none other than Kim Kardashian, whose December 2007 cover sold almost 57 ad pages.

Lohan was paid a reputed $1 million for the shoot, which features her styled as a ’50s-era Marilyn Monroe.