Set those DVRs, Beliebers: Justin Bieber could be headed for Anger Management. 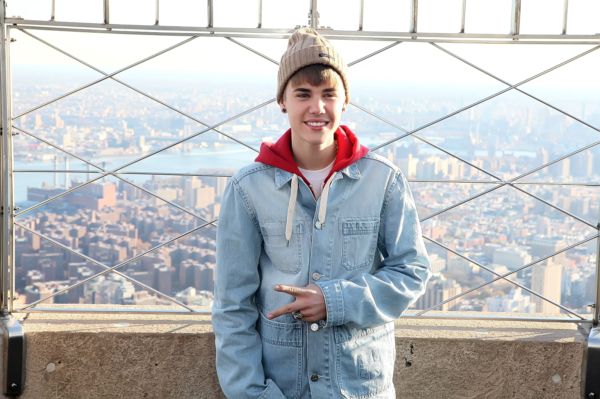 After watching the Biebs get blown to bits during his turn as a homicidal teen terror on TV’s CSI, Charlie Sheen is eager to cast the “Baby” superstar — whom he affectionately calls “Bro” — in a guest appearance on his next TV comedy.

The MaSheen’s new venture will see the scandal-scarred actor tackling the role Jack Nicholson made famous in the 2003 film Anger Management. Sheen has been tapped as an ex-jock-turned-counselor to defendants in the criminal justice system with anger management problems.

The catch? His character has anger issues of his own.

The role is Charlie’s first since being ousted from CBS’ Two and a Half Men and replaced by Ashton Kutcher.

Justin Bieber is a prison jumpsuit from CSI >>

The often troubled star can’t think of any celeb who’d be a bigger ratings coup than J.B., a source revealed on the pages of the Jan. 2 edition of The National Enquirer.

“Charlie would like his ‘bro’ to do a cameo on his new series Anger Management… He thinks it would goose the ratings and he wanted to take Justin on a boys’ night out, preferably in Las Vegas, to discuss it. If Justin’s mom knew, she’d hit the ceiling!” the spy whispers.

FX has ordered 10 episodes of Anger Management: The Series, which is expected to premiere in early 2012.

“If those test run episodes reach a certain size viewership, another 90 will be ordered, as has been done with [Tyler] Perry’s House of Payne and Meet the Browns at TBS,” The Hollywood Reporter said in October.

Whaddya say, Beliebers? Are you anxiously waiting for Justin’s return to the small screen?