February might seem like a ways off, but TV shows are already locking in their sweeps deets and CSI is no exception. The crime drama has called on Jesse McCartney, hoping the easy on the eyes actor/singer can drum up some ratings for its February sweeps. 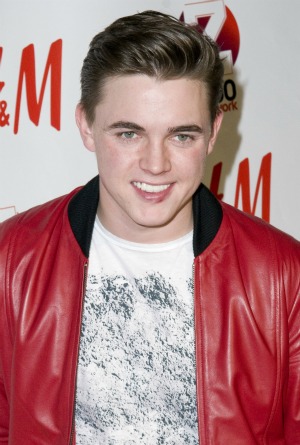 We know, it seems like we just got done coming down from the high known as November sweeps — how can we already be dishing about what’s to come in February?

Well, we don’t make the rules, so sit back and get ready to hear all about Jesse McCartney’s CSI role.

Justin Bieber did it, so why not Jesse McCartney?

According to a report via TVLine taken from the CSI Files site, Jesse McCartney will appear in a guest spot on the CBS vehicle.

Will he take a bullet like Bieber did? That’s a negative. We do know, however, that McCartney is playing Wes, a college graduate who “passes out while driving and crashes his car.”

With mystery plaguing the situation, Wes becomes chummy with the investigator Nick in hopes of figuring out what happened.

According to the report from CSI Files, the episode called “Seeing Red,” will air on Feb. 15 and be included in the show’s February sweeps.

While we’ll always think of Jesse McCartney as the cutie with the pipes, his small screen credits aren’t too shabby. They include Greek, Summerland and All My Children.

That’s not a bad lineup if you ask us.

McCartney’s appearance also happens to link up with Elisabeth Shue’s debut as a regular on CSI.

Shue, who will be playing Julie “Finn” Finlay, was added to the cast to help ease viewers into the fact that Marg Helgenberger will no longer be on the show.

Jesse McCartney, Elisabeth Shue, oh my! CSI is surely going to heat up.

Justin Bieber received a two-episode arc from CSI — is the same fate in the cards for Jesse McCartney?

Head over to our comments section and sound off. You know you have an opinion, so why not use it?

Can Jesse McCarthy out do Justin Bieber on CSI?