If there’s one thing AMC knows, it’s when to a renew an original series — especially a period piece. The people who brought us the dapper Don Draper of Mad Men are renewing its other period piece, Hell on Wheels. 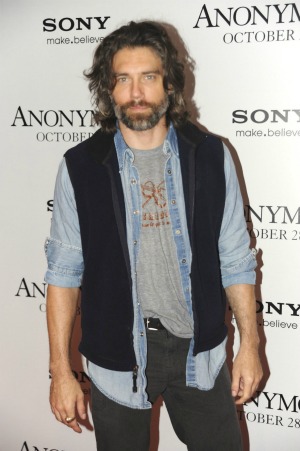 If you’re an original series on AMC, chances are, you’ll make it past the first season.

The latest of the network’s six originals, Hell on Wheels, is getting a season two pickup, making it the network’s fifth to do so.

According to a report via Deadline, HOW joins Mad Men, Breaking Bad, The Walking Dead and The Killing in the elite group of originals that have made it past a first season.

Rubicon is the only of the six original series from the network that managed to be canceled before it could see a sophomore season.

Hell on Wheels began its run in November, with 4.4 million viewers turning their TVs to AMC for the debut.

It’s produced lower numbers since the premiere, but the estimated 2 million viewers that have stuck around are enough to keep the fire burning.

The last episode managed to draw in an audience of 2.3 million.

If you’re not familiar with the show, before you even start to think it’s some kind of motorcycle show with its lead character seeking revenge via his bike — stop. Yes, there is revenge involved, but it’s a contemporary Western set in the post-Civil War era.

Hell on Wheels features Confederate soldier, Cullen Bohannon (Anson Mount), who is hell bent on getting revenge on the Union soldiers who put his wife six feet under.

The period piece series was created by Joe and Tony Gayton who also happen to executive produce the it. They teamed with Endemol USA’s Jeremy Gold and showrunner John Shiban to create TV magic.

Have you been following Hell on Wheels since November? Head over to our comments section and sound off! We know you have an opinion, so why not use it?

Will you watch a second season of Hell on Wheels?