Melanie Amaro said that Simon Cowell made a mistake when he sent her home early in the season — but the grouchy judge actually begged her to come back!

She just won $5 million on The X Factor — and now Melanie Amaro says she couldn’t have done it without the help of her one-time nemesis, Simon Cowell. 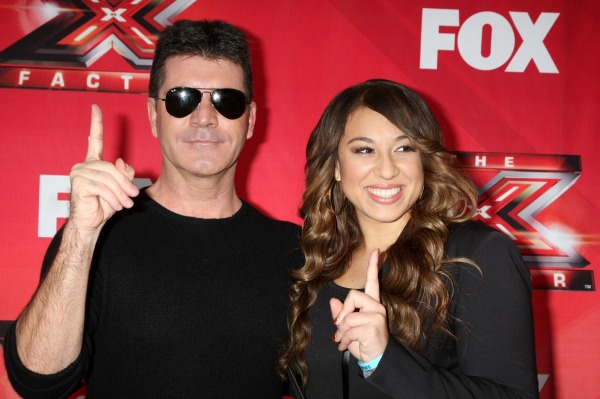 The newly-crowned champ says it was Simon Cowell‘s tough love approach that pushed her performance to the next level. On a press call, when asked if she thought she could have won with any of the other judges as her mentor she quickly replied, “No. I don’t think I would’ve gone very far at all because I needed Simon to be that tough judge that he was with me in order for me to grow, to get to a higher place. For me, I needed Simon.”

There was a time, though, that Cowell thought he didn’t need her. The grouch sent her packing early in the season — only to realize what a huge mistake he made and beg her to come back.

“He was so sincere about coming back to my house and apologizing about everything that I could not stay mad at all,” Amaro explained. “I was hurt as first, but I forgave and forget and let go. I really made peace with it.”

“All I know is he made a mistake, he apologized about it and I moved on from it,” she said. “Look at where I am now. Whatever happened in the past is the past and I’m looking towards the future.”

Now the singer is preparing to record her new album and enjoy her $5 million prize from The X Factor. What will be her big splurge with all that dough?

“I’ll definitely buy myself a foot massager and buy my mom a new house!” she said.