Does Adam Lambert have a future in celebrity boxing? No — he’s adamant that his arrest in Finland wasn’t because of violence. 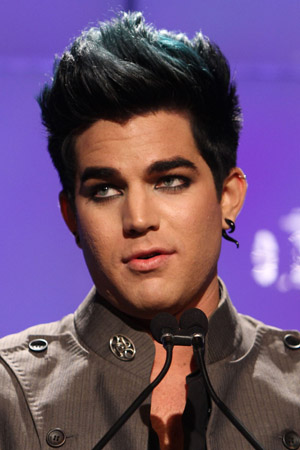 Former American Idol runner up Adam Lambert wants fans to know that his Thursday morning arrest in Finland had nothing to do with violence.

“Violence is not to be taken lightly. Embarrassed by drunkenness. No punches thrown, no injuries and no charges,” he tweeted late Thursday night.

Lambert and his Finnish boyfriend, Sauli Koskinen, were arrested after a fight at a Helsinki gay club spilled into the street. The Hollywood Reporter added that a friend, Finnish beauty queen Sofia Ruusila, was accidentally hit while trying to separate the drunken lovebirds.

The couple ended their tiff after sobering up, the “If I Had You” singer added. “Jetlag+Vodka=blackout. Us÷blackout=irrational confusion. jail+guilt+press=lesson learned. Sauli+Adam+hangover burgers= laughing bout it. :).”

This isn’t the first time Lambert has tussled with police. He was questioned by Miami Beach police and threatened with a misdemeanor charge after a fight with a photographer. “Eeew paparazzi killed my peaceful afternoon on the beach!” he tweeted after the September 2010 incident. “They’re real good at provoking. But there ain’t any pics or video of the b.s. they spew out…”

“Haha well… I lost my temper for a sec but wow it felt great lol MIAMI!!!” he added, before denying the photographer’s charges of battery.

“Battery? Nope. I attempted to grab a camera, no punches were thrown and no one was on the ground… It was literally harmless. If embarrassment is a crime- thats all I’m guilty of.”

Hopefully the couple can keep the peace for the holidays… without the booze.