The Avengers are taking the 3D plunge. Disney has announced that Marvel’s latest superhero film will have an extra dimension. 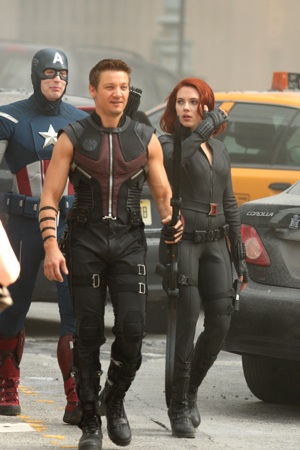 Just like its predecessors Thor and Captain America, The Avengers will be in 3D. Disney has confirmed their post-conversion plans for Marvel’s superhero team-up movie.

Over the past few years, studios have released nearly all of their blockbuster films in 3D. Since 3D tickets are more expensive, the movies receive a guaranteed box office boost.

In order to benefit from this trend, films that aren’t shot in the format have to be converted in post-production. They take the original 2D footage, alter it and within a few months — 3D magic!

Post-converted 3D films strike fear into the hearts of fans because they’re usually inferior to the real thing. The differences between movies shot with 3D cameras, and those converted are glaring. The quality isn’t the same.

But according to JoBlo, director Joss Whedon claims the decision to convert The Avengers isn’t a money grab. He genuinely believes it will improve the viewing experience.

“The Avengers isn’t obnoxiously 3D, said Whedon. “There’s no, ‘Oh look, we’re going to spend 20 minutes going through this tunnel because it’s in 3D!’ And no one is pointing at the screen the entire time. But it’s an action movie. Things tend to hurtle toward the screen anyway.”

Luckily, if you’re not a fan of extra dimensions, The Avengers will also be released in traditional 2D. So the choice is yours.

The Avengers are Iron Man, Thor, Captain America, The Hulk, Black Widow and Hawkeye. They were individually selected by Nick Fury to join his top-secret team. Fury is the director of the government agency S.H.I.E.L.D., which needs the heroes to defeat an intergalactic threat.

The Avengers opens nationwide May 4.