We came, we saw, we witnessed the greatness that is Simon Cowell. Okay, enough of that. On to the winner of The X Factor. 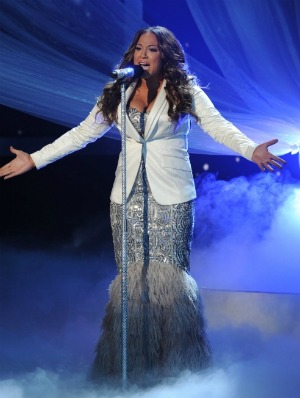 Chris Rene, Josh Krajcik and Melanie Amaro put up their dukes and battled it out in an epic fight to the death on The X Factor stage — figuratively speaking, of course.

Justin Bieber, Pitbull, Ne-Yo and get this, Stevie Wonder, all helped The X Factor celebrate its first American finale, where Melanie Amaro was the pride and joy of papa Cowell.

Here’s a thought: The performance show, which is supposed to showcase the talent of the competition, was shaved to 90 minutes, but the star-studded results show, where they simply had to crown the winner, was a full two hours. Ironic, isn’t it?

Anyway, the long, long, long results show gave us a really bad rendition of Lady Gaga’s “The Edge of Glory” courtesy of the top 12, hang your stockings by the fire-esque music and a whole lot of jibber-jabber, with some Justin Bieber mixed in, before it finally put one finalist out of their misery — Chris Rene came in third place.

Yes, that is a picture of Justin Bieber and axed Factor hopeful Drew Ryniewicz you see. He called her on stage and gave her a few seconds of Bieber-fame. 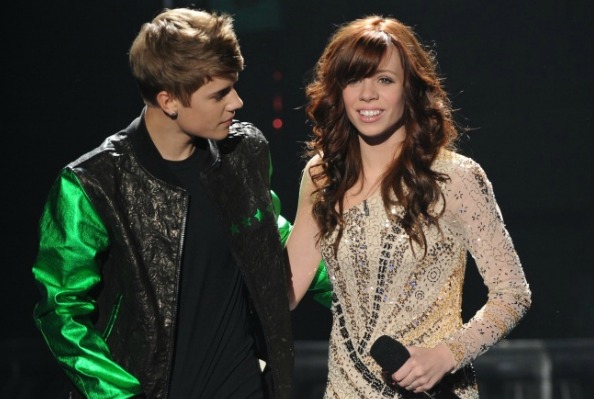 After a few more performances we could have done without, cue the epic X Factor music, Melanie Amaro was crowned the winner over Josh Krajcik. You do know Simon Cowell was also her mentor right? That man never loses.

The whole night was a bit too Christmasy and a whole lot gimmicky, but Simon Cowell did manage to find a talent in Melanie Amaro that will flourish in time, which is all that matters. 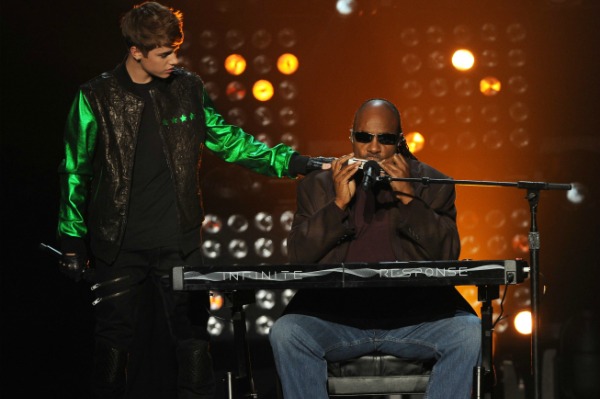 We have to give an honorable mention to the great Stevie Wonder for performing with “The Biebs.” That man still amazes us after all this time.

That’s all she wrote, folks. Melanie Amaro is your champ.

Did the right person win The X Factor?