Mindy McCready’s son is still sitting in foster care — and his grandma says she wants him back home for Christmas. 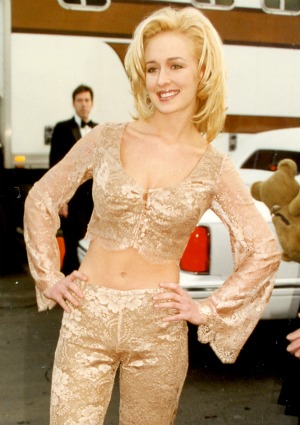 Mindy McCready‘s mom has had enough of this nonsense. The child of the country singer has been with a foster family in Arkansas after authorities found him stashed in the state by his mom. Now Gayle Inge says that she has legal custody of five-year-old Zander and she wants him back by Christmas.

“Currently, our grandson is in foster care with strangers with the state of Arkansas,” McCready’s mother said in a statement issued with the singer’s stepfather Michael Inge.

“We would like to express our gratitude to the Florida Department of Children and Families for its effort in this case and also to the Arkansas foster family for their help in taking care of our grandson. We would like to plea for his return to Florida before Christmas.”

Why is Zander in foster care at all if his grandmother has legal custody? When a pregnant McCready took off with her son, she accused her mother of abusing the boy. While Ingle adamantly denies the allegations, Zander remains in protective foster care while the claims are investigated.

Mindy McCready wants twins “out of the spotlight” >>

“Our grandson is in the custody of strangers for the holidays,” the couple continued. “This is the first time in his life he has been with strangers. It is hard for us as a family to see how in any way this is the best interest of our grandson. He is only a 5-year-old boy. He has been stolen by his mother, recovered from authorities hiding in a closet, then put in the care of strangers. How could this possibly be in the best interest of our grandson?

“In custody and dependency matters justice delayed is often a failure of justice. Please join us in our prayers that the Arkansas court can reach its decision on the UCCJEA issue sooner rather than later so our grandson can return home to us, his family and friends in Lee County for the holidays.”

The couple also objects to the fact that the Arkansas Department of Human Services has claimed jurisdiction in a case that should, in their opinion, only be handled in Florida.