A Dutch magazine is taking back their apology to Rihanna for an article using a racial slur to describe her fashion style. 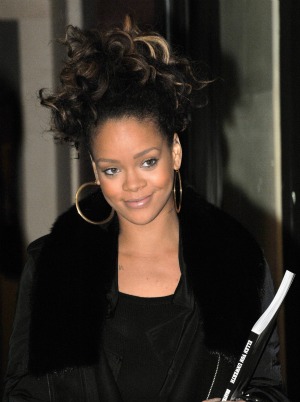 Racial slurs are a joke and don’t need apologies, says the publisher of the Dutch magazine that called Rihanna the N-word — and, by the way, they’re taking their own apology back.

Eva Hoeke, Editor-in-Chief of Jackie, had apologized for the ill-thought gaffe on her Facebook page and later resigned her post. Now Yves Gijrath, the mag’s publisher, says their mistake was not in publishing the article in the first place but in not defending their racist views hard enough.

“[T]here is nothing wrong in the magazine,” Gijrath said. “[Hoeke] presented it as a joke, but it most certainly was not a joke. It was an interpretation [of a fashion style]. […] She should have said: ‘we did not realize this interpretation is such a touchy subject. We never meant any harm and offer our sincere and upright apologies.’ But because of all the fuss, Eva started to wiggle in all directions, and therefore we have come to the conclusion her credibility has been undermined.”

“People are totally off limits when calling both the magazine Jackie and Eva Hoeke racist,” he added. “Jackie is even produced by an editorial staff that is of mixed origins.”

Gijrath said that Rihanna has been invited to respond, but that no matter what the mag “will not be silenced.”