In Steven Spielberg’s World War I drama, a boy and his horse are ripped apart by combat that can only make them stronger. 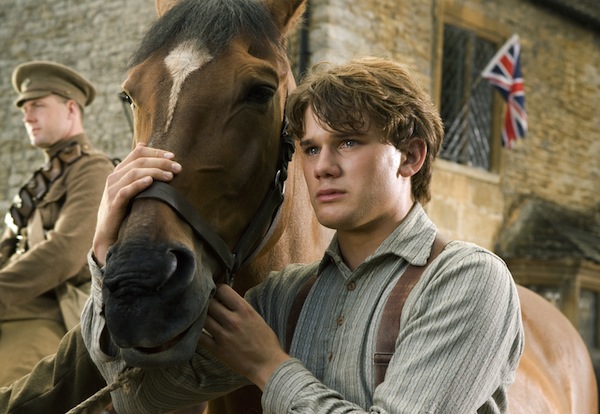 Actor Jeremy Irvine rides onto the scene in War Horse as the fresh-faced boy who is separated from his horse by war. He plays Albert Narracott, the son of impoverished farmers Ted and Rose Narracott, played by Peter Mullan and Emily Watson.

Times are hard, and bountiful crops are few and far between. When Albert’s father buys a pure breed from a horse trader instead of a workhorse like the family needs, Albert and the animal — whom he names Joey — develop a very special bond.

When World War I descends upon Europe, the army buys Albert’s horse from his parents and thus the audience starts the journey of watching this animal test its wits of survival in the cold and cruel world of combat.

Enlisted without a choice 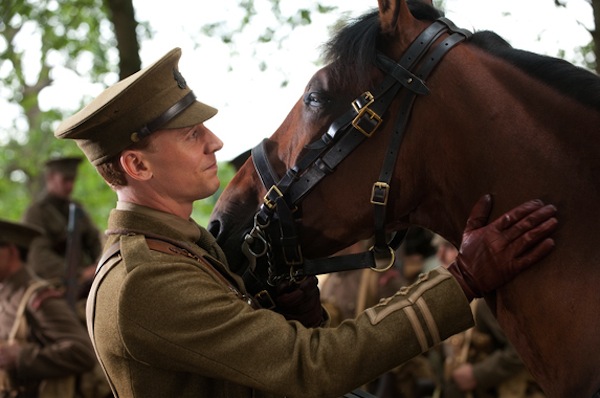 Along the way, Joey changes owners several times. His new friends — and enemies — show us how one life can touch many in different ways.

Tom Hiddleston plays the captain Joey meets in the army. Celine Buckens plays the French girl he meets in the countryside. Toby Kebbell plays the soldier who frees him from a barbed wire fence. There are many others, and although Joey’s voice is not heard, the audience understands this journey is difficult for any living creature.

Based on the children’s book by Michael Morpurgo and the stage play by Nick Stafford, this adaptation brings to life an epic story of one animal’s survival many think only a director like Steven Spielberg could handle.

Combat not for the faint of heart 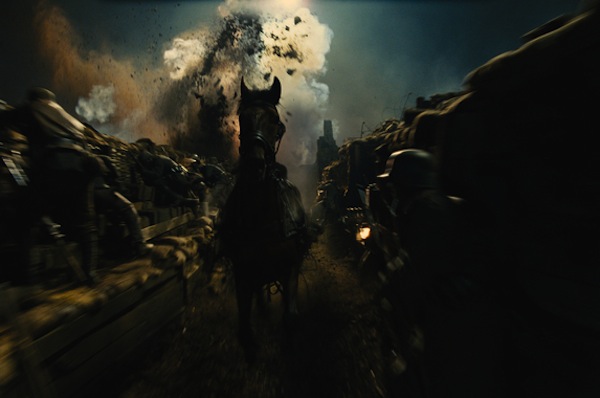 Many of Spielberg’s films focus on relationships and what it means to be connected to someone or something, like ET: The Extra-Terrestrial and AI: Artificial Intelligence, but others focus on war like Schindler’s List, Saving Private Ryan and Band of Brothers. None, however, focus on horses. No other filmmaker of recent times has attempted to do what is done here, to follow a horse through war in such delicate detail.

If you have reservations about seeing ill or mistreated — and at times, dying and even dead, horses — this is not a film for you. And while technically there were no horses harmed during the filming of this movie, on the big screen — larger than life — the suffering of this animal and those around it can be tough to take for small children and even some adults.

War Horse is an emotional, touching and beautifully-shot story of one horse’s journey as he changes hands from owner to enemy, but it is not for the faint of heart. The combat is not gruesome, but it feels true to life. Muddy, heartless and also, at times, tough to take, Spielberg takes the audience into the trenches of World War I.

If you’re looking for a sweeter, more innocent Spielbergian delight, check out his other feature film debuting this holiday season, The Adventures of Tintin, the adaptation of the beloved comic books into a full-length movie.

With a tone similar to other dramatic war films like Atonement and A Very Long Engagement, War Horse brings to life the relationship between humans and animals.

Bottom line: Director Steven Spielberg brings to life this amazing journey of a horse who struggles to stay alive and hopefully see his beloved owner once again in War Horse.