American Horror Story is getting a makeover. After its heartbreaking finale, co-creator Ryan Murphy has announced major changes for next season. 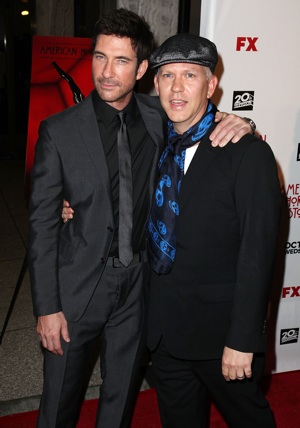 According to The Hollywood Reporter, Murphy participated in a conference call where he spilled the beans about the show’s future. American Horror Story is getting a reboot!

The Harmons are no more. Following the deaths of Violet (drug overdose), and Vivien (childbirth), Ben met a similar fate by hanging. The entire family was wiped out leaving the audience wondering, “What’s next?”

Murphy explained, “For season two, it was always our plan all along to have Dylan [McDermott], Connie [Britton] and Taissa [Farmiga] no longer remain.” But he’s open to the actors doing guest appearances. “Connie and Dylan will not be playing the leads of the show but I would love for them to come back and do something, a smaller part a cameo or something,” said Murphy.

He also revealed that a handful of the show’s original actors could return next year — but as new characters!

Production on American Horror Story wrapped last week, which means the “murder house” is officially dead. Now the crew is off to prep another location where they’ll tell a new terrifying story.