It’s getting serious! Find out where Ryan Reynolds and Blake Lively are canoodling this Christmas.

How do you know when a relationship goes from casual to serious? When you go home to meet your significant other’s parents. It looks like Blake Lively and Ryan Reynolds are on that serious train — he’s taking her back to his hometown for the holidays! 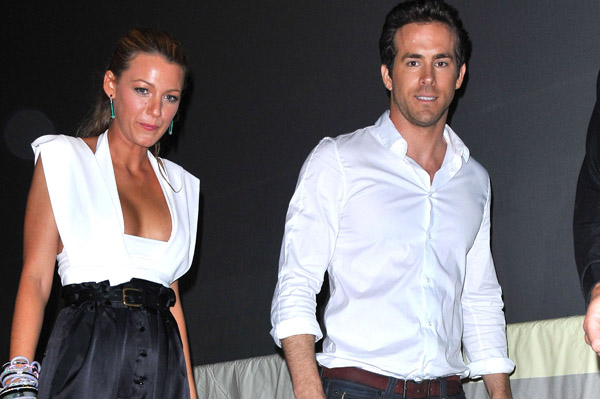 Reynolds and Lively were spotted picking up sweet treats at Vancouver’s Original Cupcake Shop, according to People.

“They seemed like a really sweet couple,” an employee told the magazine.

This isn’t the first time the new couple has taken their love on the road. Lively has been spotted in Boston several times over the past couple of months while Reynolds is filming R.I.P.D.

“Over the weekend, the two were spotted at sushi palace O Ya in the Leather District, and the next afternoon while Ryan was shooting R.I.P.D. in the Financial District, Blake dropped $270 on groceries at Five Seventy Market in the South End,” the Boston Herald wrote in October.

They were also spotted checking out a swank apartment in New York City a couple of week ago.

“When they’d finished looking, Blake left the building first. She was wearing knee-high boots with jeans, a coat and a fedora hat,” a source told “Page Six.” “Blake’s little dog was waiting with the driver in the car for them while they looked inside the building.”

We think they’re great together — and it seems like we’re not the only ones to feel that way. Employees at the Gravity Pope on Vancouver’s West Fourth Avenue were happy to see the lovebirds in their store.

“[They were] super nice to work with,” a shop employee told People. “You can just tell they were together and very happy.”

Do you think Ryan Reynolds and Blake Lively are serious?