Kris Humphries didn’t get the welcome he wanted during a game last night in New York City. Find out how he reacted to the taunts.

Call it the Kardashian Kurse: New Jersey Nets baller Kris Humphries was booed and heckled during a Wednesday night preseason game against the New York Knicks in Madison Square Garden. 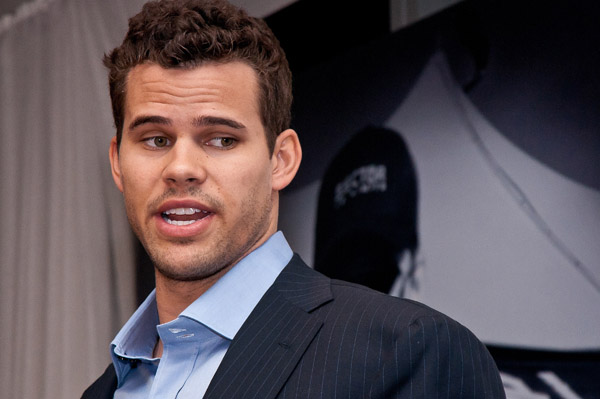 It seems like fans don’t want to let him forget his ill-fated marriage to Kim Kardashian. It doesn’t mean Humphries was paying attention, though.

“I was so focused on the game, I couldn’t hear that, bro,” he told reporters afterward. “I don’t know. I’m not too focused on it. I’m just here to win games.”

Humphries is back with the Nets after signing a one-year, $8 million deal with the NBA team. His teammates aren’t worried about the pressure getting to him, though.

“We’re here to give him some man hugs if he needs them, but he should be fine,” said point guard Deron Williams, adding that he has thick skin.

He’s going to need it — a Forbes magazine poll found that Humphries is the most disliked player in the NBA. He received a 50 percent dislike percentage in the poll, with LeBron James coming in at number two with a dislike percentage of 48.

You know it has to be bad when fans hate you more than LeBron.

Humphries plans to maintain his composure on the court, adding that he felt like another famous athlete last night on the court.

“[I] felt like Rudy out there,” he joked to reporters.

Pretty sure that’s not the same thing, but whatever helps you get through games, Kris.