Ivanka Trump’s shoe collection is about to lose one design, if Derek Lam has anything to say about it. 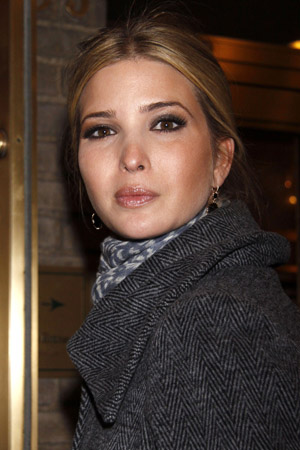 It’s so hard being a celebrity designer — you know, having other people design your collection for you. All that hands-off work can come back to bite celebrities in the rear, though. Ivanka Trump is finding that out the hard way: She’s being accused of ripping off a shoe design from mega-designer Derek Lam.

According to Women’s Wear Daily, one of Lam’s designers came across the Cadie wedge sandals from the Ivanka Trump shoe collection while shopping on Bloomingdales.com. The designer noticed the shoe looks exactly like Lam’s Ayami wedge and notified the higher-ups in the company.

The shoes do look remarkably similar.

“We have seen very similar copies before but we have never seen a shoe that perfectly copied,” Jan-Hendrik Schlottmann, chief executive officer of Derek Lam, told WWD. “It’s such an investment to make a shoe… we had to protest this.”

The shoes aren’t in a similar price range — Lam’s goes for $780, while Trump’s costs $150. It’s about intellectual property rights, according to Schlottman.

“I actually ordered them, but I haven’t received them yet,” he said. “I’m sure Ms. Trump doesn’t know her wedge is copy because it’s through a license.”

The Kardashians are also on the defense after a human rights expert accused them of using Chinese sweatshop labor to produce their clothes. Maybe it’s time celebrities like Trump and the Kardashians stop lending their names to products they know nothing about.