Orson Welles’ Academy Award fetched a ton of cash at a private auction. Who ended up winning — was it David Copperfield? 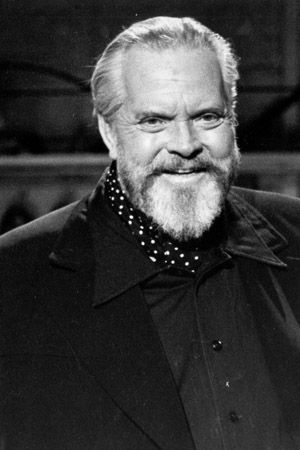 Orson Welles’ Oscar for the Citizen Kane screenplay finally sold at auction on Tuesday night for a cool $862,000. That much we know. Who bought it? That’s a good question — the winning bidder wants to stay anonymous.

We know who didn’t win the Oscar, though — illusionist David Copperfield put in a large bid for the statuette because the movie legend was an amateur musician. Sadly, the magic world doesn’t give Copperfield the means to outbid the winner.

It’s actually a good idea for the winner to stay silent — the academy sued Welles’ daughter in 2003 for trying to sell it at auction. The people behind the yearly awards ceremony now make winners sign a contract that allows the academy to buy back the statue for $1, if necessary.

The Oscar is actually kind of a big deal since it’s the only one Welles won that didn’t carry the “honorary” tag in front of it. The academy gave a replacement after it went missing, though. Cinematographer Gary Graver came forward with it in 1994, claiming Welles gave it to him as payment for a debt.

The auction was held on behalf of the Dax Foundation, an organization that has a mission to “identify and assist key individuals and groups who have a vision and commitment to improve the lives of people and animals around the world.”

It sounds like $862,000 will do a lot to help improve the lives of people and animals. Let’s just hope this is the last time this Oscar goes up for sale.