Steve Jobs didn’t play an instrument or produce an album, so why is he getting honored at the Grammy Awards in February? 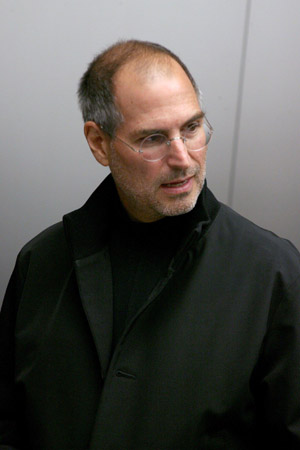 We’ll soon have to refer to the late Steve Jobs as the late Grammy-winning Steve Jobs — the organization behind the music awards is honoring the Apple founder for his contributions to music.

The man behind iTunes will be bestowed with one of the committee’s Special Merit Awards during the February telecast for his role in “creat[ing] products and technology that transformed the way we consume music, TV, movies and books,” said the Grammy Association in a statement.

Jobs won’t be the only one to receive honors during the Grammy telecast on Feb. 12. Diana Ross, Glenn Campbell, the Allman Brothers Band, Antonio Carlos Jobim, George Jones, soul stars the Memphis Horns and Brazilian musician Tom Jobim will also be feted with Lifetime Achievement Awards during the show.

“This year’s honorees offer a variety of brilliance, contributions and lasting impressions on our culture,” said Neil Portnow, president and CEO of The Recording Academy, in a statement. “It is an honor to recognize such a diverse group of individuals whose talents and achievements have had an indelible impact on our industry.”

Jobs might not have known he’d get a Grammy one day, but he did know that the iTunes store was going to revolutionize the music world when he talked about it during a 2003 interview.

“With the introduction of the new iTunes Music Store we’ve now built the first real complete ecosystem for the digital music age,” he told reporter Laura Locke in the interview.

“What we do at Apple is very simple: We invent stuff,” he continued. “We make the best personal computers in the world, some of the best software, the best portable MP3/music player, and now we make the best online music store in the world. We just make stuff. So I don’t know what impresario means. We make stuff, put it out there and people use it.”

The Grammy is well deserved, Steve.