The Fast and Furious franchise will be back for a sixth and seventh installment — and one of its biggest stars will be returning, too! 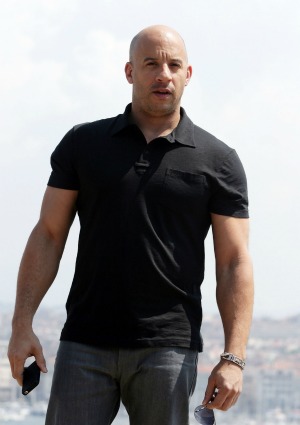 Can’t get enough of Fast and Furious? Today’s your lucky day. Vin Diesel, one of the original stars of the franchise, says they are coming back for not just one more movie, but two!

The actor confirmed the news during a photo shoot for The Hollywood Reporter‘s Rule Breakers portfolio.

“With the success of this last one, and the inclusion of so many characters, and the broadening of scope, when we were sitting down to figure out what would fit into the real estate of number six, we didn’t have enough space,” Diesel told The Hollywood Reporter.

The last flick in the action franchise, Fast Five, has raked in a huge total of $626 million worldwide — and paves the way for the return of characters played by Eva Mendes and Michelle Rodriguez.

“We have to pay off this story, we have to service all of these character relationships, and when we started mapping all that out it just went beyond 110 pages,” Diesel explained. “The studio said, ‘You can’t fit all that story in one damn movie!'”

Why is Vin Diesel getting a star before Leonardo DiCaprio? >>

Diesel is a producer in the ten-year-old franchise and is planning the sequels with director Justin Lin and screenwriter Chris Morgan.

And yes, hottie Paul Walker will be back — because the true meaning of the movies is family and brotherhood.

“It’s not about the action and the cars, which initially appealed to me when I was 25 years old,” Walker said. “Because if that’s all it was, it would have fallen off a long time ago.”