A former reporter for a British newspaper testified that phone hacking was widespread at the paper while Morgan was the editor. Morgan said that it’s news to him. 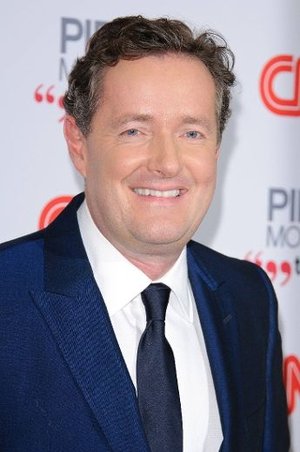 Piers Morgan is the guy who’s usually looking for answers on his CNN show Piers Morgan Tonight. Now, an official British inquiry has lots of questions for Morgan, a former British newspaper editor, about how much he knows about illegal phone hacking committed by the British press.

On Wednesday, a former reporter at the Daily Mirror, which Morgan edited from 1995 to 2004, told the inquiry that he witnessed reporters from the show business desk hacking into phones a few feet from his desk.

“It seemed to me that what they were doing was entirely accepted by the senior editors on the newspaper,” said James Hipwell in a Reuters report. “I think it was seen as a slightly underhand thing to do but not illegal.”

Hipwell, a financial columnist, has his own tainted past as he was fired from the Mirror in 2000 and later sent to prison for dealing in shares related to his column.

Morgan was editor in 1995 of the News of the World, the Rupert Murdoch-owned tabloid at the center of the phone-hacking scandal. It was discovered that a private investigator hired by the paper hacked into the messages of a slain British teenager in 2002. The News of the World ceased publication in July due to public outrage over the hacking.

As for the Daily Mirror, phone hacking was a way of life, Hipwell said.

“It seemed to be a genuinely accepted method to get a story,” he said. “I would go as far as to say it happened every day (in 1999). It became apparent that a great number of the Mirror’s show business stories would come from that source.”

Morgan denied knowledge of phone hacking at the Mirror during his tenure as editor on Tuesday via a video link. He also didn’t disclose how he came to hear a phone message left by Paul McCartney for his ex-wife Heather Mills, according to the Associated Press. Morgan admitted he heard the message in a previous Daily Mirror article, and included details such as the ex-Beatle singing “We Can Work It Out” on the message. Mills has previously said that Morgan did not come by the message honestly.