Real Housewives of New Jersey star Joe Giudice is looking at a serious bid in the slammer if he’s convicted for his latest charges.

Real Housewives of New Jersey star Teresa Giudice has a gorilla on her back that she just can’t seem to handle: Her husband, Joe Giudice. The property developer is back in trouble with the law. 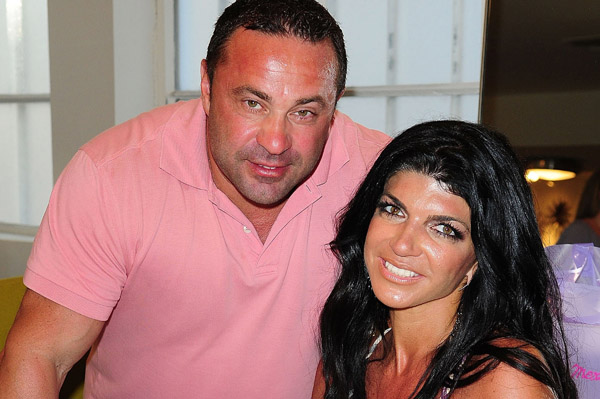 Joe, 40, was indicted on two felony counts of identity theft, according to People. A grand jury in Passaic County, New Jersey handed down that indictment that includes a “charge includes one count of wrongfully using identifying information of another, punishable by up to 10 years in prison, and one count of impersonation, which can carry up to 18 months in prison,” according to the magazine.

Joe allegedly used his brother’s birth certificate and marriage license to obtain a driver’s license at a New Jersey DMV. Why? His own license was suspended in January 2010 for driving while intoxicated. The couple has also fought financial problems that led them to file bankruptcy and sell off possessions, only to later pull the claim.

Of course, Joe claims the whole thing was just a misunderstanding and that authorities were trying to pin something on him because of their reality star status.

“They didn’t even catch me driving,” he told People of his DUI. “They came to my house and said you’re driving with your brother’s license and then they got me with some kind of stupid charge.”

Teresa hasn’t spoken out about the indictment yet. We’re sure she’ll make excuses for Joe, just like she did when he was spotted getting cozy with a mystery woman.

“It’s totally false,” Teresa told PopEater of the cheating accusations. “Trust me, Joe gets enough love IN our marriage, he doesn’t need to look anywhere else.”

Teresa, we like you — don’t let a shady husband keep bringing you down.