Ewan McGregor is heading East. The Scottish actor and Emily Blunt take a trip in the latest trailer for Salmon Fishing in the Yemen. The pair is bringing the art of fly-fishing to the desert.

Ewan McGregor and Emily Blunt are going against the flow. The actors’ upcoming film Salmon Fishing in the Yemen has the duo stepping out on faith and breaking the rules. Check out the new trailer for this light-hearted and touching dramedy. 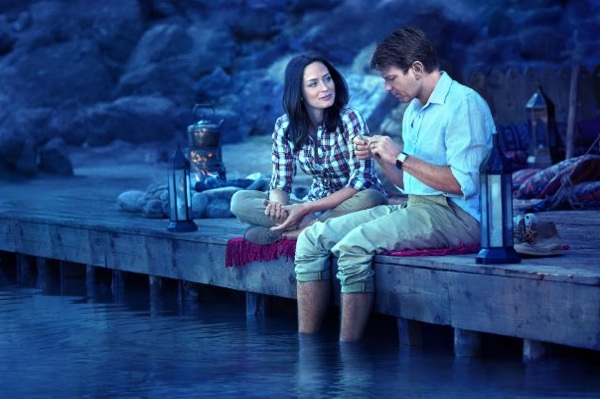 Salmon Fishing in the Yemen is an uplifting tale about a fisheries expert (McGregor), who’s approached by a consultant (Blunt) to realize a sheik’s vision of bringing fly-fishing to the Yemen.

The film is filled with layered characters who suffer from real problems such as loneliness, anxiety and lack of direction. The movie takes serious issues and weaves them into a story about a man and his journey through the deserts and streams of Yemen.

Can’t wait to see the movie? Try reading the book. Salmon Fishing in the Yemen is an adaptation of the novel of the same name. It was written by Paul Torday and published in 2006. In the following year, it won the Bollinger Everyman Wodehouse Prize for comic literature and the Waverton Good Read Award in 2008.

Next up: Ewan McGregor will appear in the action drama Haywire (Jan. 20), while Emily Blunt takes on The Five-Year Engagement in the spring (April 27).