Kim Kardashian wants you to know that her reasons for traveling to Haiti last week were totally altruistic — and she did not spend the whole time on a shopping spree. Just part of the time. 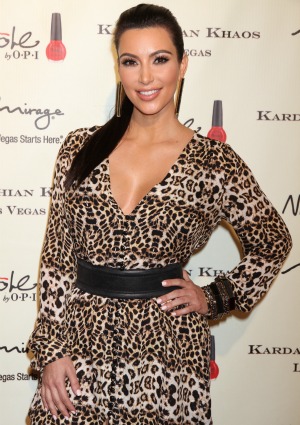 Kim Kardashian was ridiculed for joining a charity trip to Haiti as a thinly-veiled move at rehabbing her image. Some media outlets even reported that she spent her time shopping instead of advocating. Now the reality star is striking back, and says not only are the rumors untrue, they are hurtful and malicious.

Kim took up the subject on her blog Monday.

Kim Kardashian: “I veered off course” >>

“While my experience was completely life-changing — a very emotional and surprisingly positive journey that I will never forget — some media outlets have tried to tarnish the motive behind my visit and have written completely ridiculous and untrue things,” Kardashian wrote.

“The National Enquirer wrote that I went to a fashion show in Haiti and spent a fortune pampering myself! The truth is that I was at the Haitian Artisan Fair, where the amazing men and women who make their jewelry and crafts sell them to visitors to make a living, and I bought some beautiful jewelry!! Reading this made me so disappointed in the media… Taking such a positive thing and writing something malicious and untrue.”

Kim Kardashian: The most ill-mannered celeb of 2011 >>

“The journalists obviously didn’t bother to do their research and instead published a ridiculous story to sell copies,” she wrote. “I have ignored all of this until now, but because I wanted to write a few blogs about my experience, I felt I needed to address this first. I have become accustomed to dealing with rumors and lies spread about my family or my relationships, and have learned to ignore it to a certain extent. But when a magazine makes the decision to twist the truth and write lies like that, it belittles the entire experience we had in Haiti, and I won’t let them do that.”

Kardashian took the trip on behalf of Michael Bello’s We Advance organization. While she was joined this time by mom Kris Jenner, she plans to return with sisters Kourtney and Khloe Kardashian ASAP.

Tell us: Was Kim Kardashian’s Haiti trip the real deal or a PR stunt?