Regis Philbin is taking a trip back to the holidays of his youth by hosting Bing Crosby Christmas Radio on SiriusXM Radio.

It looks like Regis Philbin is making good on his promise to keep busy after leaving Live! With Regis and Kelly. The first project on tap? Hosting Bing Crosby Christmas Radio on SiriusXM from now until Dec. 26. 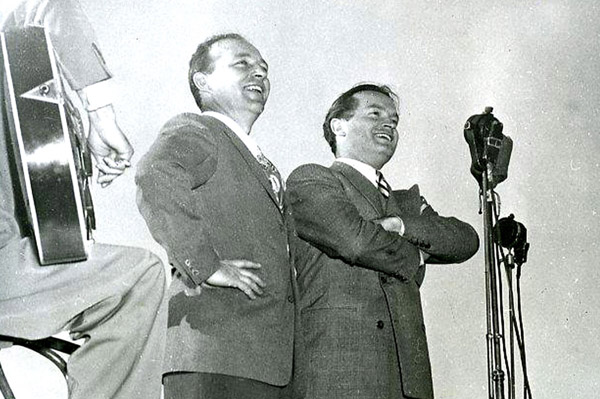 “I must have been 6 or 7 years old at the time… every night at 9:30 I sat beside my little radio in the kitchen and listened to a half-hour of Bing’s records regularly… his voice was so clear, so pure and so warm, that after a while I thought of him as my good friend,” Philbin remembered of Crosby.

The veteran television personality is guest hosting broadcasts of classic Bing Crosby radio shows. The broadcasts — recorded from 1944 to 1962 — are taken directly from Crosby’s vault and include comedy skits, musical performances, celebrity guests like Bob Hope and Jimmy Stewart and a special reading of The Night Before Christmas by the iconic entertainer.

Crosby’s wife, Kathryn Crosby, and children Mary, Harry and Nathaniel will also make appearances during the week of programming to reflect on the late entertainer’s 4,000 radio broadcasts between 1931 and 1962.

“Even though he was out in faraway, glamorous Hollywood and I was in the humble little Bronx, in my mind, I truly thought we were friends and we’d always spend that special half-hour together — just the two of us,” Philbin added.

Want to take a trip down memory lane with Regis? Tune in to Bing Crosby Christmas Radio on SiriusXM channel 146 or online on SiriusXM Internet Radio channel 814.