The latest Jon Bon Jovi death rumor has the Dead or Alive singer joking on his Facebook page. Can we stop with the death hoaxes already?

You have to have a sense of humor when the internet has killed you off several times in one year. At least that’s the way rocker Jon Bon Jovi is dealing with his latest death hoax that made the rounds Monday afternoon. 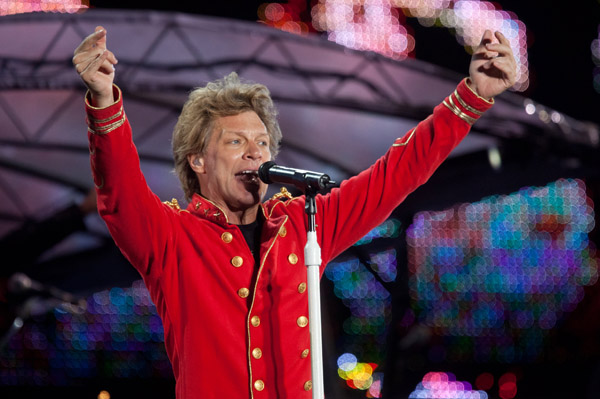 “Heaven looks a lot like New Jersey,” Bon Jovi wrote on a sign in a photo posted on his Facebook page. If that didn’t convince you, his Facebook administrators added another assurance. “Rest assured that Jon is alive and well! This photo was just taken.”

Social media ignited with the fake news of Bon Jovi’s untimely demise after a WordPress blog posted an article announcing his death.

“The detectives plan to interview relatives, friends and Bon Jovi’s doctors to try to figure out what happened. The N.J. County coroner’s office will determine a cause of death. A New Jersey fire department source told The Times that Bon Jovi was in full cardiac arrest when rescue units arrived.”

Surely, no one would believe that noise, right? No such luck. Several fans posted condolences below the article.

“My prayers go out to Jon’s family and friends at this so sad a time. I am shocked beyond belief. Tears of sorrow!!!!!!” Lesley wrote. “He will be sadly missed by all who loved him and his music. Count me as one of them.”

It’s great that the New Year’s Eve star can laugh about the hoax, but let’s stop killing off our favorite celebrities for fun, mmmkay?