VH1 has gone to the divas. Monday night the network aired Divas Celebrates Soul and gave homage to talented singers from the past and present. One of the biggest honorees included the late Amy Winehouse, who received a touching tribute. 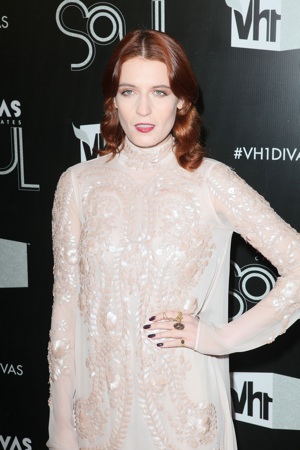 VH1 returned to their roots with the concert special: Divas Celebrates Soul. The event featured singers from the past and present belting out tunes from the golden era of music.

Not only did the performers embrace songs from their predecessors, they also gave homage to their peers.

Several divas including Florence Welch of Florence and the Machine honored the late Amy Winehouse in a moving tribute. The segment was introduced by rapper Nas, who shared a few kind words about the late songstress.

“When the legendary Amy Winehouse sang about me in her song, “Me and Mr. Jones,” I was so honored,” he said. “It didn’t matter where she was from or what color her skin was, because Amy Winehouse was my true soul sister.” He continued, “I’m here to honor a woman who had enough soul to last a lifetime.”

Backed by The Dap-Kings, the tribute began with Sharon Jones and Wanda Jackson’s rendition of “You Know I’m No Good.” The duo was then followed by Florence Welch, who performed the title track from Winehouse’s 2006 album Back to Black.

You can watch VH1’s stirring Amy Winehouse tribute below.

Florence Welch performs “Back to Black”