At least one of the Kardashian/Jenner clan has a good head on her shoulders: Kendall Jenner refuses her mother’s extravagant Sweet 16 party plans. 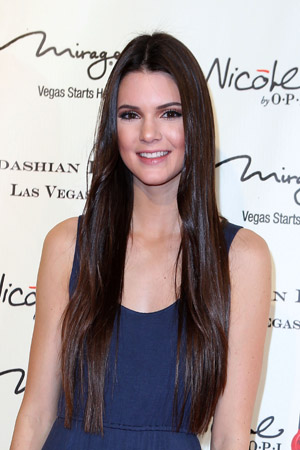 It looks like Kendall Jenner is about the only person in the Kardashian/Jenner clan who doesn’t like things over-the-top and super glam. The 16-year-old model was livid that her mother, Kris Jenner, wanted to take her Sweet 16 party to the Bahamas.

“You’re trying to make this bigger and bigger and it’s embarrassing me,” Kendall complained on the E! special Kendall’s Sweet 16. “You’re just giving me this [over-the-top party], you’re just handing me this and I don’t want it!”

Wow! Kim Kardashian needs to take a page out of her teen sister’s playbook.

Mega-momager Kris finally backed down and let Kendall celebrate her birthday her own way: At a West Hollywood hotel. Kendall then asked for donations for the sick children at Children’s Hospital Los Angeles in lieu of gifts.

“For my mom to be like, ‘Oh, we’re going to have this huge, extravagant party,’ and to think those kids can’t even go to a party because they’re sitting in a hospital bed, it’s just really sad,” she said on the show.

That doesn’t mean Kendall went without lavish gifts — her parents ended up giving her a Range Rover and handed out $1,000 gift bags to her guests. The one thing she decided not to do: Get a tattoo.

“I know it’s exciting to do something so you can show everyone. That’s what I did when I got my boobs done. Afterwards, I regretted it so much,” Kendall’s oldest — and meanest — sister Kourtney Kardashian told her over the phone. “It’s a tattoo. It’s there forever.”

She decided to wait on the tattoo, for now.

Whoa — a Kardashian with a good head on her shoulders? Never thought we’d see the day!