A Massachusetts paper is under fire for publishing an offensive take on a Christmas carol mocking Chaz Bono for being transgendered. Read what they said, and how GLAAD is handling it. 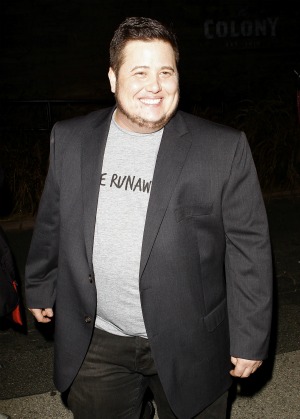 Peace on Earth and goodwill towards men? Not so much for one Massachusetts newspaper. The Lowell Sun just published a column featuring modern lyrics to your favorite Christmas carols — and one of them tears Chaz Bono apart for being a transgender man.

In what is supposed to be sung to the tune of “Grandma Got Run Over By a Reindeer,” the rewritten lyrics go:

“Chaz Bono got turned into a man, dear.

Dancin’ with a woman on TV.

You might say there’s no such thing as Santa,

Till you see what Chaz got ‘neath his tree.”

“Chastity was once a cute girl,

On her parents’ TV show.

Then she stunned the whole dang nation,

When she said her girl parts had to go.

Now transgenders in the Bay State,

Have a law that’s etched in black.

It says they can change their gender.

Then if they want, they can change it back.

Chaz Bono got turned into a man, dear.

Cher don’t care but Sonny, he would grieve.

Now in Mass., some guy who’s born as Adam,

Can change his moniker to Christmas Eve.”

GLAAD is uber-ticked and has already spoken out against the tacky Christmas tune.

“Blatantly misinforming readers about transgender people and belittling Chaz Bono for having the courage to be himself is not only petty and mean-spirited, but given the outpouring of national public support for Chaz during his time on Dancing with the Stars, out of touch with growing public sentiment,” Herndon Graddick, the Senior Director of Programs for GLAAD told RadarOnline.com.

The Human Rights Campaign also jumped into the fray, saying, “It is unacceptable for transgender Americans, and the very real challenges they face, to become comedic punch lines — and we have an obligation to speak out against such dangerous stereotypes.”

Both the paper and the columnist have yet to issue an apology for the major misstep. SheKnows is awaiting comment from Bono’s camp.